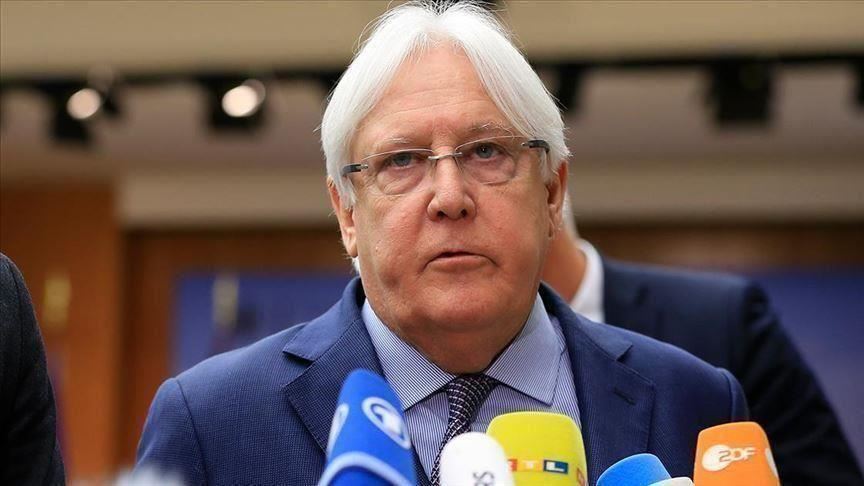 Muscat (Debriefer) - The UN special envoy for Yemen on Sunday left Oman Sultanate after meeting with the Omani foreign minister in Muscat.
Martin Griffiths and Badr bin Hamad Al Busaidi discussed the ongoing negotiations on Yemen's draft joint declaration and prospects of political process, the UN envoy office tweeted.
FM Busaidi and Griffiths reviewed "the latest developments at the Yemeni arena and the UN efforts with all parties to find a peaceful solution for the Yemeni issue," the Omani News Agency reported without further details.
In his trip, the UN envoy on Saturday discussed with the Houthi spokesman, Mohamed Abdul Salam, the draft joint declaration, which is still being negotiated by two parties, and the UN efforts to end conflict.
The joint declaration mainly includes a nationwide ceasefire, resumption of the political process, and humanitarian and economic measures to alleviate the Yemeni people sufferings stemmed from the conflict.
Negotiations on the draft joint declaration are underway, Griffiths told the UN Security Council on 15 October, although he said the Yemeni rivals had yet to agree on a unified wording for the draft.
In his briefing on Yemen, the UN envoy called on both parties to positively react to his call in order to secure fuel and humanitarian assistance inflows.