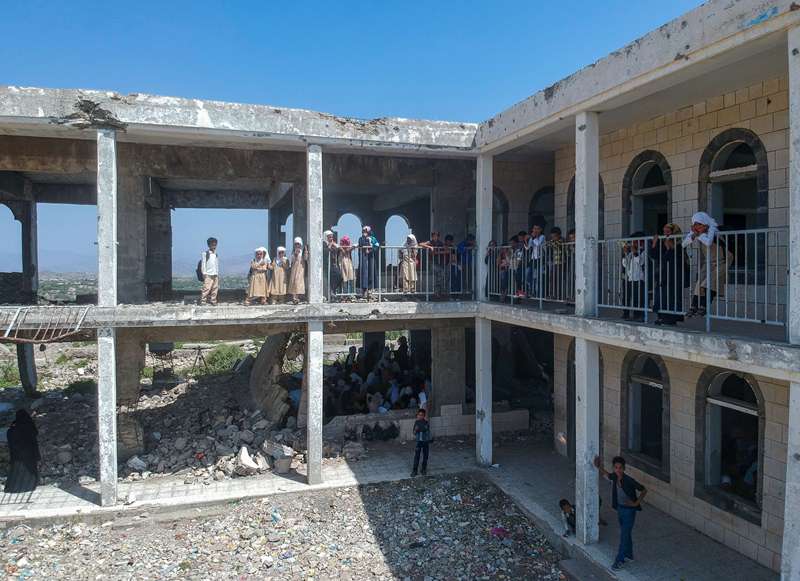 Aden (Debriefer) - The Houthi group has committed more than 8,000 assaults in one year against education in the Yemeni capital of Sana'a, according to a report recently issued by the official government.
From 5 October 2019 to 4 October 2020, the Houthis violated the education process 8,140 times, the Sana'a City Human Rights office said in the 'Education between Erosion and Sectarianization' report said.
The Houthi violations came in the form of killing, torturing to death, arbitrarily sacking teachers, changing the curricula, privatizing the schools, and sectarianizing the education activities, it added.
By recruiting children, the Houthi group washed away schools, leaving two million schoolchildren out of education as many parents fear to send their children to school lest Houthis recruit and send them to fighting fronts.
The report called on the local and international relevant organizations to take strict stances at these gross violations.
Yemen has been racked by an armed conflict that broke out after the Iranian-backed Houthis ousted the internationally-recognized government late in 2014.
The 6-year conflict has triggered what the UN calls the world's worst humanitarian crisis, with most of the population in need for a type of humanitarian aid and immediate protection.