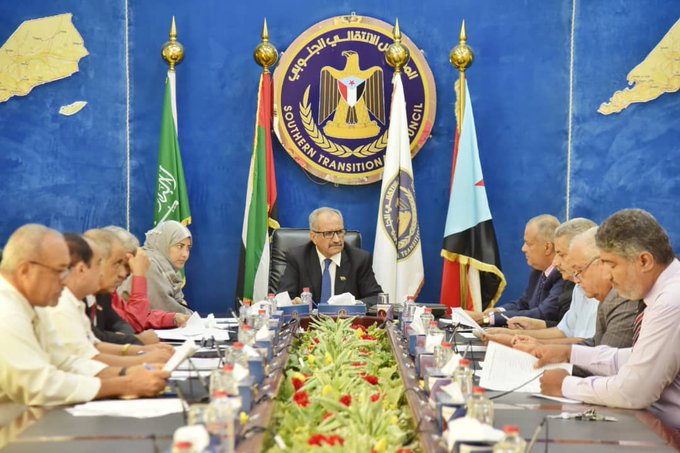 ADEN (Debriefer)--The southern transitional council has said the meeting between Yemeni president Abdrabbuh Mansur Hadi with the council's president Aidarous Al-Zubaidi in Riyadh last week was positive.
It represented a real opportunity to make progress on the political and military crisis, especially the file of the south, it said in a statement at its periodical meeting in the interim capital Aden on Sunday.
Hadi met Al-Zubaidi on Friday. They discussed a number of issues, including the formation of a new government in accordance with a mechanism presented by Saudi Arabia in July to accelerate the Riyadh agreement signed by the government and the UAE-backed council a year ago.