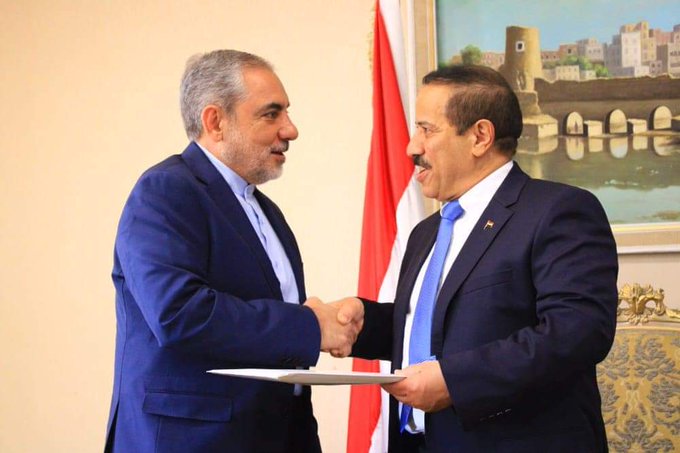 Sana'a (Debriefer) - Iran will spare no effort to make peace in Yemen and end the Yemeni people sufferings, Iran's recently appointed ambassador to Sana'a said Tuesday.
Assigning an Iranian envoy reflects the deep relations with Yemen, Hassan Irlo added while officially presenting his credentials to the Houthi foreign minister, Hisham Sharaf, who appreciated Iran's stance calling for the "aggression" be ended and blockade be lifted.
On 17 October, Tehran announced the appointment of an ambassador to the Houthi-held Sana'a, after the group appointed Ibrahim al-Dailami as envoy to Iran med-August 2019.
Iran's ambassador arrival to Sana'a triggered wide arguments on how the man came to Sana'a amid the air, sea and land blockade imposed by the Saudi-led coalition on Yemen.
Iran is the only country that has so far sent an ambassador to Sana'a, pushing the UN-recognized government to officially complain to the UN Security Council against Tehran.