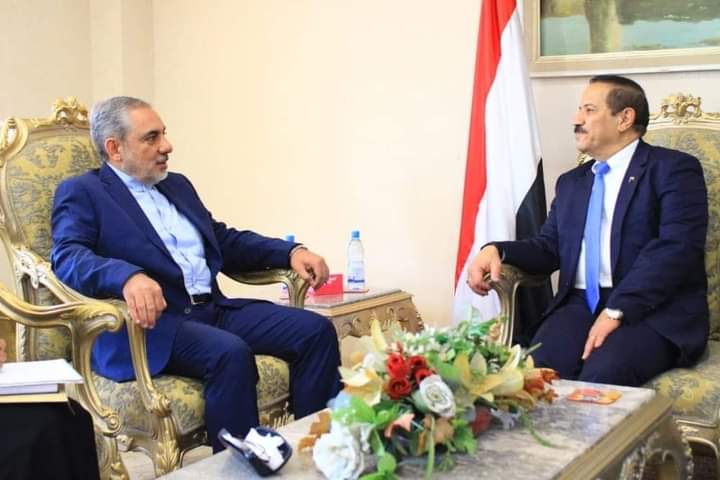 RIYADH (Debriefer)--Yemen's internationally recognised government has accused Iran of continuing provocative policies and attempting to legitimise its aggression on the Yemeni people and its destructive agendas threatening regional and international security and peace.
Information minister, Muammar Al-Eryani, wrote on Twitter on Tuesday: "The Tehran regime's smuggling of an army officer involved in acts of terror and who did not held a diplomatic post before and attempts to impose him as a military ruler of Sanaa is a behaviour of gangsters not states and a blatant breach of the 1661 Vienna convention of diplomatic relations".
"These moves confirm Iran's insistence on violating the non-interference principle and international resolutions, on top of which is the resolution 2216, and flagrant defiance of the international community's efforts aimed at ending the war in Yemen," he said.
In mid-October, Iran appointed Hassan Irlo as its ambassador to Sanaa, which is run by the Iran-aligned Houthi group.
The Houthis welcomed Irlo, hoping his arrival would open the door to the return of foreign embassies that left Sanaa after a Saudi-led coalition launched a military intervention in early 2015.
The unjustified silence of the international community over such practices has helped the Iranian regime to go too far with its policies aimed at expanding its influence through sectarian and terrorist militias, Al-Eryani said.