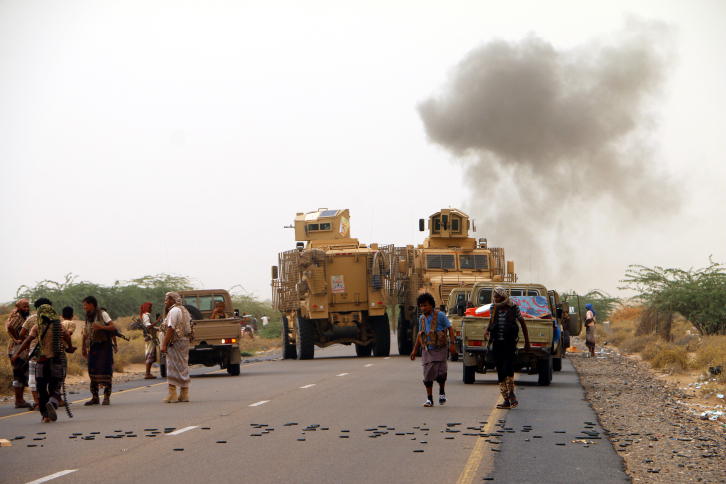 HODEIDAH (Debriefer)--The Yemeni joint forces said they killed a senior Houthi military leader in the western province of Hodeidah on Wednesday.
Mohammed Yahya Al-Hamali, known as Abu Ahmed, was killed along with other Houthi fighters in artillery shelling when they tried to infiltrate into positions of the joint forces, according to a statement on the news website of the Giants Brigades.
Al-Hamali had served as a senior leader in the Houthi group since the Saada wars. He played a key role in creating a training camp for Houthi recruits in his village, Hamal. His younger brother is chief of staff of the group's special forces.
On Tuesday, three Houthi fighters including a field commander were killed and four others injured in clashes with the joint forces in the area of Al-Fazah in the district of Al-Tuhayta.
The joint forces consist of the Guards of the Republic led by nephew of the late president, Tariq Saleh, the Giant Brigades mostly from the south, and the Tihamah Resistance.
Fighting in Hodeidah resumed weeks ago, marking an end to a fragile ceasefire that has been teetering since it was agreed by the government and the Houthis at UN-sponsored talks in Sweden in late 2018.