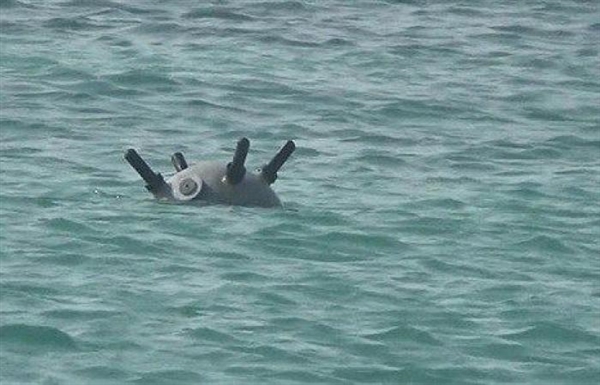 Riyadh (Debriefer) - The Saudi-led coalition on Tuesday said its forces destroyed five naval mines laid by the Houthi group in the southern part of the Red Sea.
The coalition report comes after Saudi Arabia on Monday said an attack sparked fire in the nearby of an oil facility in Jeddah port city.
The ruined naval bombs were Iranian-made 'Sadaf' mines, the coalition's command said in a press release, noting that 163 naval mines have been destroyed so far in the Red Sea where "the Iranian-backed Houthi militias threaten navigation security."
On Monday the Houthi missile force targeted Aramco station in the Saudi city of Jeddah, the group's military spokesman said.
The plant was targeted by Quds 2 winged missile that was recently brought to service, Yahiya Sarie added, after previous (undeclared) trial operations took place using the same missile in Saudi deeps.
The Houthi spokesman called on civilians and foreign companies in the Kingdom to keep away from vital facilities, since they are among their forces' targets.