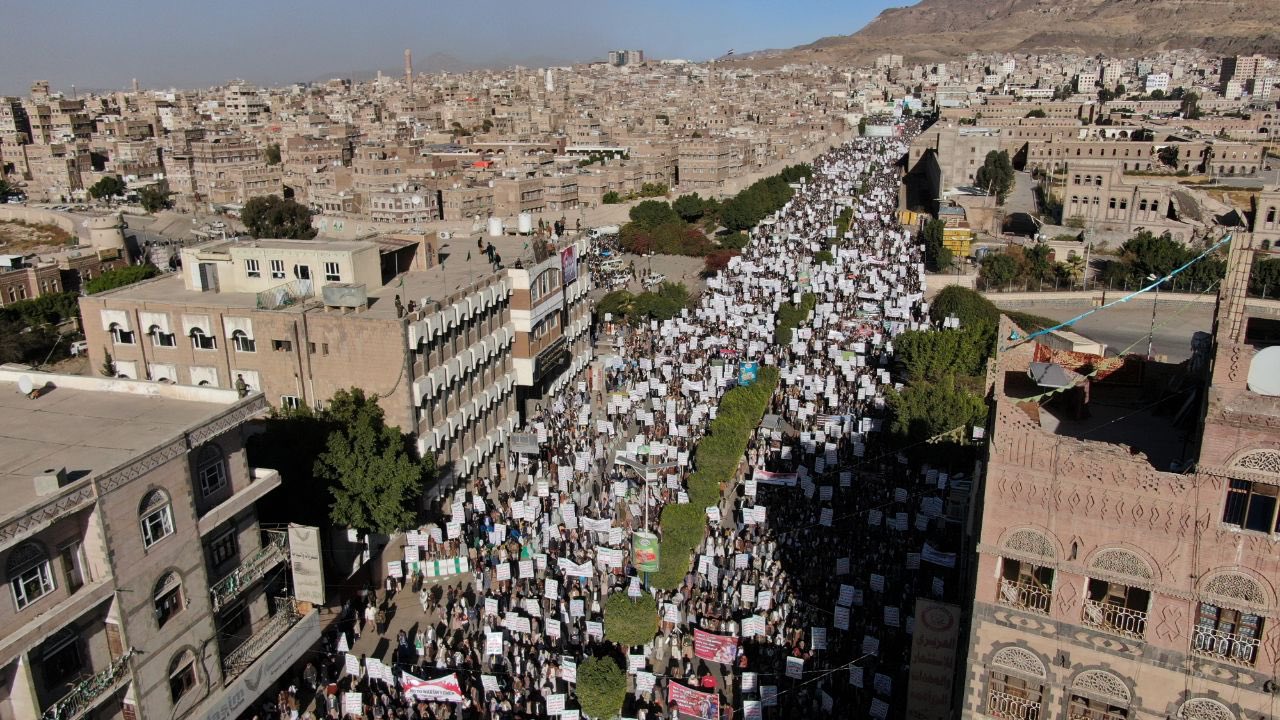 SANAA (Debriefer)--Mass demonstrations were held on Monday in Yemen's capital Sanaa and other provinces controlled by the Ansar Allah group in protest against the US terrorist designation of the group.

Demonstrators carried placards with slogans condemning the designation and continued US-backed aggression and blockade on Yemen by a Saudi-led coalition.

Statements by demonstrations accused the US of leading the aggression and committing crimes against the Yemeni people, including killing children and women.

The group called for the demonstrations hours after the designation came into effect on Tuesday.

Spokesperson for the group Mohammed Abdulsalam wrote on Twitter: "This is Yemen with its humane and revolutionary stand against America and its criminal coalition".

"The people will go ahead with their battle until they end the aggression, break the blockade and restore full sovereignty and independence," he added.

A statement by the demonstration in Sanaa said the US designation crowned US hostility towards Yemen and was an expression for catastrophic failure in defeating the steadfastness of the people.

The US aggression coalition is a coalition of terrorists as Al-Qaeda and Daesh are fighting alongside them, it said.

The US Department of State said on Friday the new US administration was reconsidering the terrorist designation of the Houthis amid calls by international organisations to reverse it. Aid agencies have warned it could exacerbate the humanitarian situation in the war-torn country, which the UN describes as the worst crisis in the world.