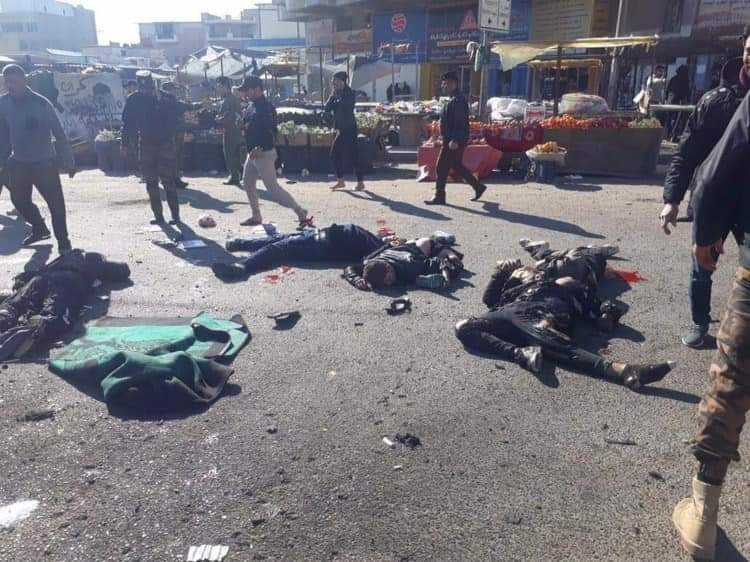 Aden (Debriefer) - The Yemeni UN-recognized government on Thursday strongly deplored the terrorist double explosion downtown the Iraqi capital, leaving tens of civilians killed or injured.
In an official statement, Yemen's foreign ministry expressed deep grief about the terrorist, coward attack in Baghdad.
"We, in the Republic of Yemen, share brothers in Iraq pain of this terrorist blast, given we suffer from such terrorist attacks targeting innocent civilians and harming security and stability, the latest of which the terrorist act that targeted the Yemeni cabinet upon its arrival at Aden airport," the statement said.
Yemen's leadership, government and people stand by Iraq against all what harms its security and stability.
Yemen supports all measures taken by the Iraqi government to combat terrorism and maintain its security and stability, the statement read, reiterating Yemen's constant stance against terrorism and extremism.
These terrorist acts pose perilous threat not only to Iraq, but also to the whole regional security and stability.
The Yemeni foreign ministry expresses the sincerest condolences for the victims' families, and wishes the soonest recovery for the injured.
Earlier on Thursday, Baghdad saw a double attack targeting a clothes market, leaving 31 civilian killed and 55 others injured, according to Iraqi official sources.
The terrorist assault was committed by two suicide attackers, who exploded themselves while chased by security forces in Baghdad, said spokesman for the Iraqi armed forces' general commander.