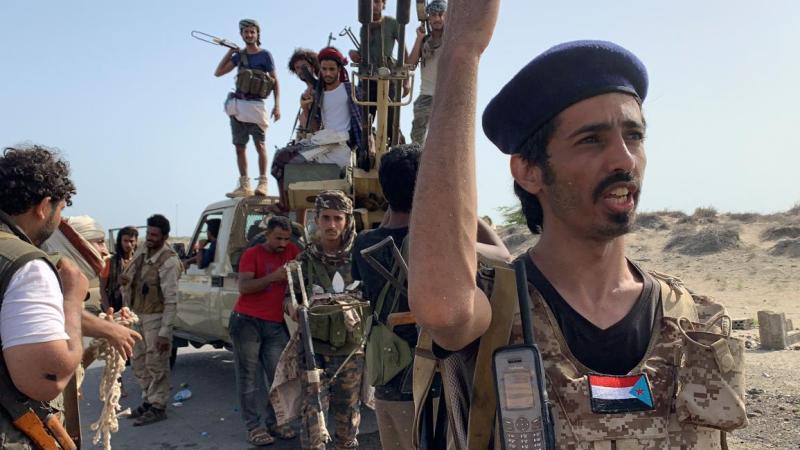 Aden (Debriefer) - Yemen's Southern Transitional Council (STC) has announced the formation of new forces in the southern port city of Aden.
Under a decision taken by General Muhsin al-Wali, commander of the Emirati-backed supply and security belts forces affiliated to the STC, Aden Ring Belt forces were formed with Naji al-Yahari appointed as commander and Major Mohamed Yaslim al-Sobaihi as chief of staff.
Lieutenant Colonel Yahari served as commander of al-Alam checkpoint at the eastern gateway of Aden, the seat of Yemen's UN-recognized government, according to Yemeni sources.
Formation of such troop could harm the political accord hardly reached between the official government and STC, under which the new cabinet was formed last December.
The move may also hinder the application of the Riyadh Agreement military provisions stipulating the inclusion of STC's forces into the interior ministry.