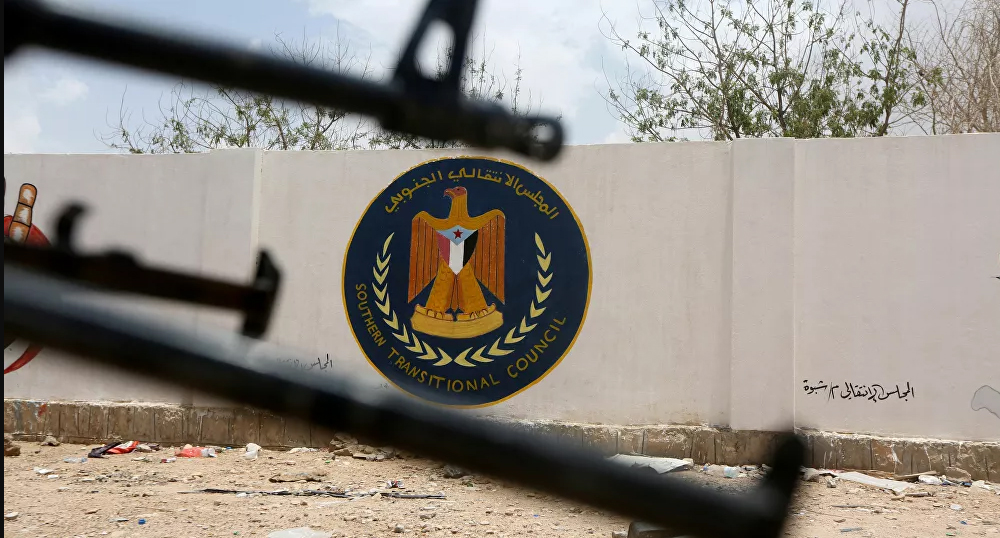 Aden (Debriefer) - Yemeni UN-recognized government troops have killed a soldier of the Shabwani Elite forces, the Southern Transitional Council (STC) said Thursday, threatening of scenarios contrary to the Riyadh pact's goal.
Earlier on Thursday, Zakaria al-Aqil was killed by Muslim "Brotherhood authority" in Joul al-Raidah in Maifa'a, a district of the southern governorate of Shabwa, the Emirati-backed STC said in a statement.
Al-Aqil was killed "in revenge of the heroic role played by the Shabwani Elite forces in combating terrorism in the governorate, before it was conquered by the Brotherhood militias," the statement read.
The STC accused the official government troops of curbing the Riyadh pact commitments fulfillment, by obstructing the return and deployment of Shabwani Elite forces in Shabwa and rejecting to withdraw from Aden and Abyan.
The statement underscored the need for the "Riyadh Agreement pledges to be fulfilled, suitable conditions be prepared for its application, and all suppressing acts against the Elite forces be stopped to help their return and deployment in their definite sites and avoid scenarios that don't serve the goal for which the Riyadh Agreement came."
The STC called on the "Saudi mediators and Riyadh Agreement sponsors to condemn these acts in contradiction of the pact" and to force "outlaw militias into applying their commitments as essential condition to carry on implementing the deal's other provisions."
Despite partnership in the newly-formed cabinet, the Yemeni presidency-STC relations are witnessing tensions for one week after President Hadi appointed new chairman and deputies for Shura Council and Public Prosecutor, which the STC dismissed as a "coup" against the Riyadh pact.