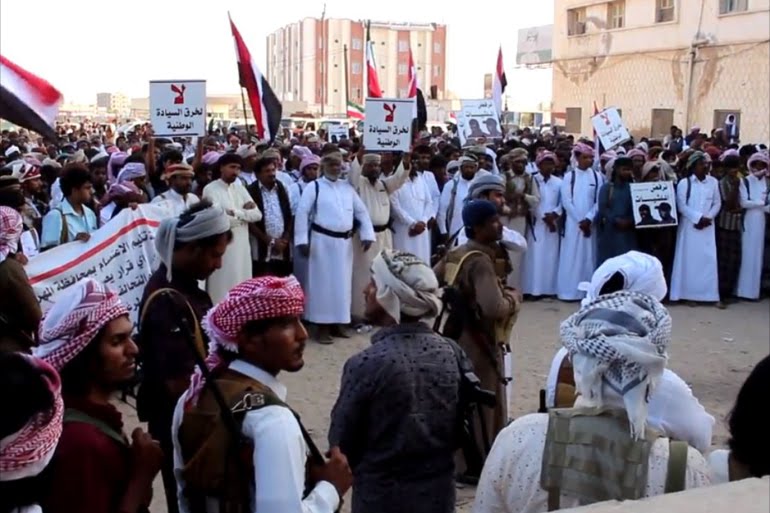 MAHRAH (Debriefer)--The chairman of the peaceful demonstration committee in Yemen's eastern province of Mahrah, Hamid Zanabout, condemned on Tuesday a surprise visit by the US and Saudis ambassadors to the province this week.
The visit of the US ambassador to Mahrah marked a dangerous precedent in international relations, he wrote on Twitter.
What the legitimate government and the presidency are doing is a flagrant relinquishment of national sovereignty and no longer acceptable, Zanabout said.
The Yemeni government has not commented on the visit which the US ambassador Christopher Henzel said came within efforts to strengthen the cooperation between the two countries in the fight against terror.
The visit took place on Monday and has raised questions about its goals. Observers argued that it came within recent US military activities in the Arabian Gulf following threats by Iran to avenge the assassination of a top nuclear scientist.
Mahrah on the border with Oman is a hotspot between Riyadh and the Mahrah tribes.  Earlier this year, Saudi troops took control of its land and sea ports after clashes with the local tribes.
Saudi Arabia leads a military coalition which has been fighting in support of the Yemeni government for six years.