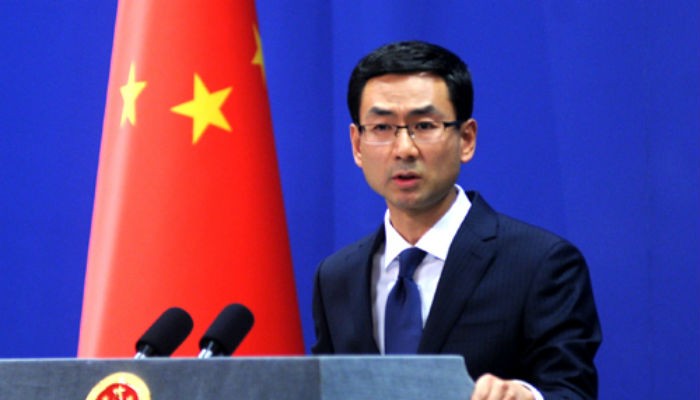 The news comes amid reports of the US administration’s plan to impose 25 percent tariffs on $200 billion in imported Chinese goods, according to US-based media.

"China's position remains clear and unchanged: blackmail and US pressure against the PRC will never work," the diplomat said, answering the question on the issue.

According to Geng Shuang, "if the US takes action to further escalate the situation, China will undoubtedly take the necessary countermeasures to protect its legitimate rights and interests."

The US reportedly wants to intensify pressure on Beijing even if it drives up costs on American products.
In July, a US trade representative noted that Washington was planning to impose 10-percent tariffs on another $200 billion in Chinese imports to the United States.

A wave of disputes between the US and a number of key trade partners started in March after the imposition of steep tariffs on steel and aluminum imports by Donald Trump.