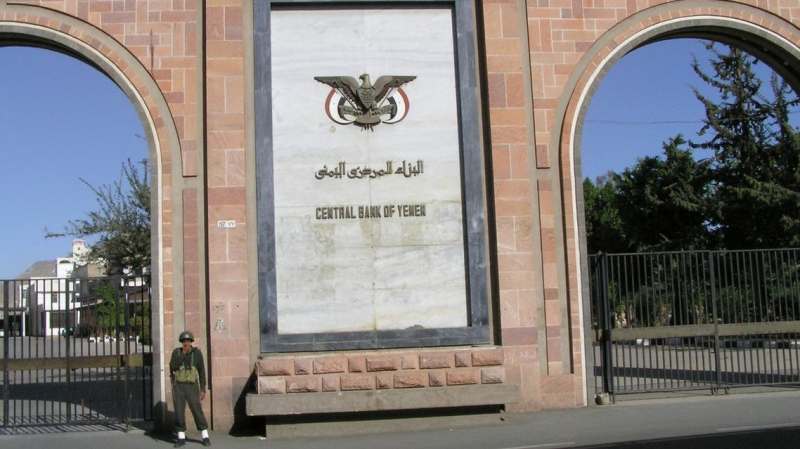 Sana'a (Debriefer) - The Sana'a-based Central Bank of Yemen (CBY) on Monday objected a plan adopted its government-run counterpart to force commercial banks into relocating their headquarters to Aden.
This step comes as part of the Yemeni government's persistent efforts to harm the national banking sector, whose protection is the responsibility of any central bank around the world, the Houthi-run CBY said in a statement carried by the Sana'a-based Saba.
Aden government tries to destabilize exchange rates in Houthi-held areas by "counterfeiting and smuggling the national banknotes" to Sana'a and other provinces under Houthi control, it added.
The recent threats against banks active in Yemen aim to distract attention away from Aden-based CBY's failure to do its duties that led to continual decline in all aspects in government-held areas, the statement read.
Sana'a CBY has a constant stance that banking and economy should be kept away from political disputes, and has never denied banks the right to report to Aden CBY on clients and transactions at their branches, it claimed.
Last Thursday, Aden CBY asked all the banks to move their head offices from Sana'a to Aden.