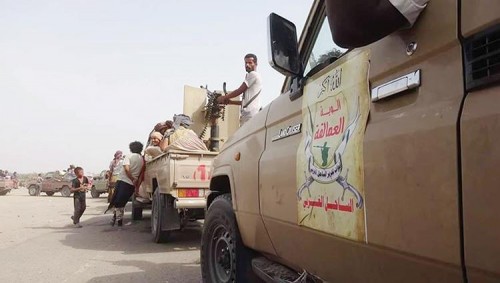 Abyan (Debriefer) - The Emirati-backed Giant Brigades (GB) on Wednesday said their forces began the mission of disengaging the troops of the Yemeni official government and the Southern Transitional Council (STC) in Abyan.
The forces also started deployment of monitoring posts at flashpoints in the Yemeni southern governorate and engineering teams are working on demining the areas there, the GB added on their website.
The GB forces' new mission in Abyan came following a meeting with the Saudi committee tasked with applying the Riyadh Agreement military section, the website said.
On Wednesday, the Saudi-led coalition announced successful application of the Riyadh Agreement military section in Yemen as planned, after the troop disengagement in Abyan and redeployment out of Aden.