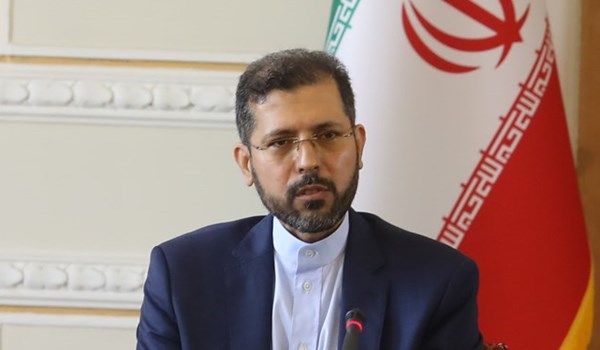 Tehran (Debriefer) - The Saudi-led coalition is to blame for Wednesday attack on Aden airport and for increase in violence in Yemen, spokesman for the Iranian foreign ministry said Thursday in a statement carried by IRNA.
The persistent aggression on Yemen and occupation of Yemeni lands by foreigners have become the key cause for insecurity, instability and violation of law, jeopardizing Yemen's sovereignty, Said Khatibzadeh added.
Such violent practices and killing of civilians were resulted from the viewpoint of occupiers who brought destruction, division and the worst humanitarian disaster to all Yemeni lands under the so-called coalition, the statement read.
Tehran re-insists on political solution for Yemeni crisis and calls on all the parties to return to political dialogue and end the useless conflict, it added.
On Wednesday, 3 huge explosions rocked the Aden international airport as the cabinet plane landed, leaving 25 people killed and other 110 injured.
Later, the Yemeni foreign ministry accused the Houthis of targeting the airport, as "signs indicate that the group" fired 4 ballistic missiles at the facility.
The Iranian-backed Houthis denied the charge and shifted the blame for the explosions to infighting between the "mercenaries".
Yemen has been racked by an armed conflict that broke out after the Houthis ousted the internationally-recognized government late in 2014.
The conflict escalated after the Saudi-led coalition intervened militarily in the country in March 2015 to reinstate the government of President Hadi.