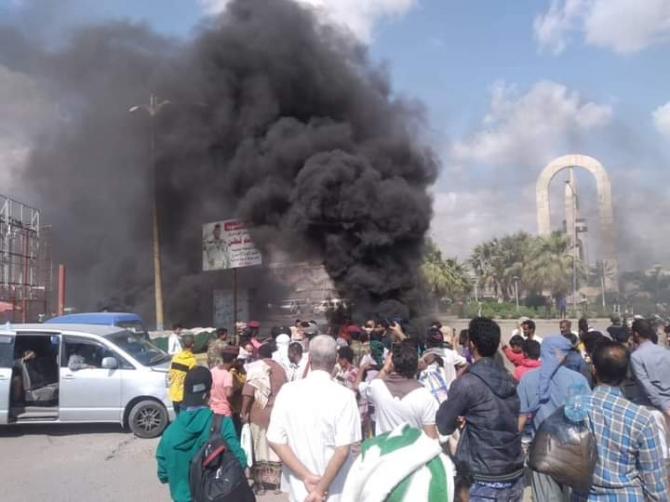 Aden (Debriefer) - Exchange firms on Wednesday closed in the Yemeni southern port city of Aden and other provinces under the official government's control following a decline in the national currency, sparking angry protests.
The Aden-based Central Bank of Yemen (CBY) asked all exchangers to close as of Wednesday, in a bid to curb the rapid depreciation of the Yemeni rial that decreased to 779 for one US dollar.
The rial saw relative recovery following the new government's arrival in Aden on 30 December.
The exchange firms closure led fury protestors to block streets and set fire since they are paid their salaries vie these agencies.
Yemen has been racked by a 6-year-old war that triggered what the UN calls the world's worst humanitarian crisis, with most of the population in need for a type of humanitarian aid and immediate protection.