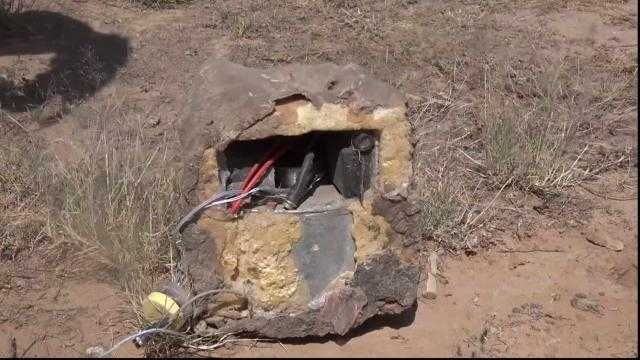 Hodeida (Debriefer) - One civilian was killed on Wednesday when a landmine shattered his motorbike in Hais district in the Yemeni western governorate of Hodeida, local sources said.
Fuad Yahiya Ali Salem immediately died of the critical wounds he sustained in the mine blast, the sources added.
The 6 years of war saw widespread mines planted by the Iranian-backed Houthi group in many districts of Hodeida, particularly in the vicinity of flashpoints with the government troops.
These mines have claimed thousands of innocent lives and left other thousands of civilians with perpetual disabilities.
Even after the war end, such mines will lingeringly put the locals' life in jeopardy, say report, since they are randomly planted without maps.