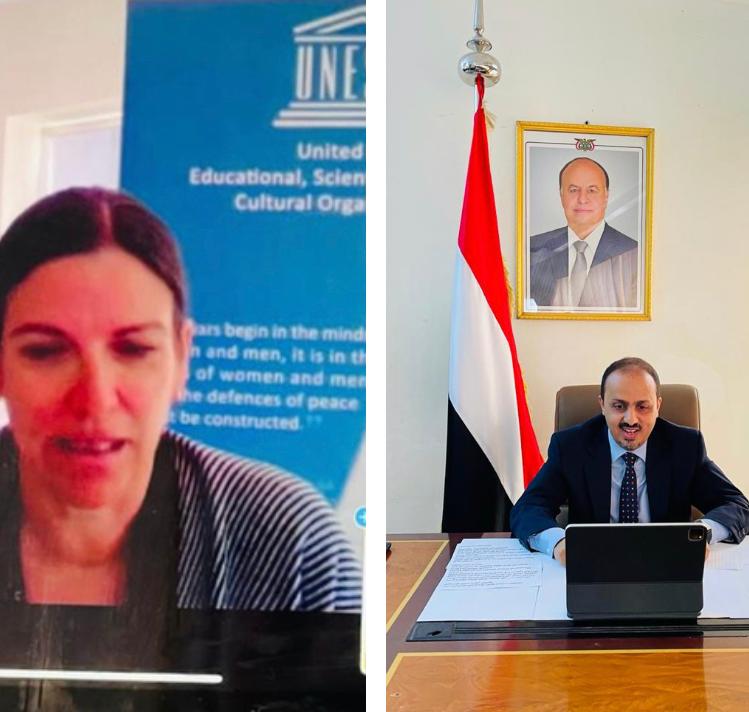 ADEN (Debriefer)--Yemen's internationally recognised government on Tuesday requested the UNESCO to help recover stolen and smuggled antiquities from other countries.

The request was made by minister of information, culture and tourism Muammar Al-Eryani at a virtual meeting with the director of the regional office of the UNESCO Anna Paolini.

He also asked the UNESCO to hold legal training courses to qualify the national team tasked with hunting smugglers and traders of antiquities.

He complained about systematic Houthi destruction of archaeological and cultural heritage sites and practices aimed at spreading extremist thoughts among schoolchildren.

Cultural heritage sites have been subject to attacks by all the warring parties in the country during the past six years.

Many transcripts and artifacts have been looted and smuggled abroad.

Al-Eryani called on the UNESCO to open an office in the interim capital Aden, affirming the government will offer all facilities necessary for its activities.

At the meeting, Paolini reviewed UNESCO programs and interventions in the country, including those in Shibam of Hadramout, the Old Sanaa City, the City of Zabid and Aden.

It has also funded the project of cash for labour aimed at the youths in urban areas, with $21 million provided by the European Union.