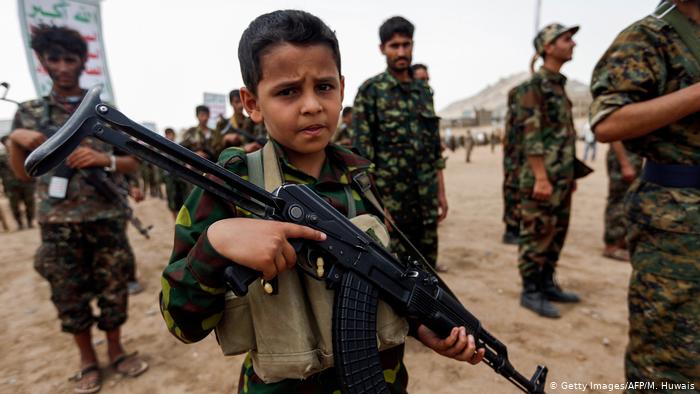 Aden (Debriefer) - The Houthi group has recruited more than 30,000 children to fight the 6-year-old war against the Yemeni government, Yemen's information minister tweeted on Monday.
The Houthis "take children out of their schools and houses to courses that poison their minds with death mottos and terrorist ideology," Moammar al-Eryani added.
The group has mercilessly pushed children to battles and "returned them to their families inside empty caskets as sacrifices to masters in Tehran," he said.
While they repeatedly denied the figures as inaccurate, the Houthis were accused by the UN Group of Eminent International and Regional Experts on Yemen of recruiting young men and women in provinces under their control.
In the third report they presented to the Human Rights Council last September, the UN Experts said 259 children were found to be recruited in 2019, and this figure reflected only a small size of child recruitment in Yemen.
The Experts frankly blamed the Houthis, UN-recognized government and Arab coalition for preventing Yemeni children from education and using them in combating missions, in violation of the international humanitarian law that may amount to "war crime".