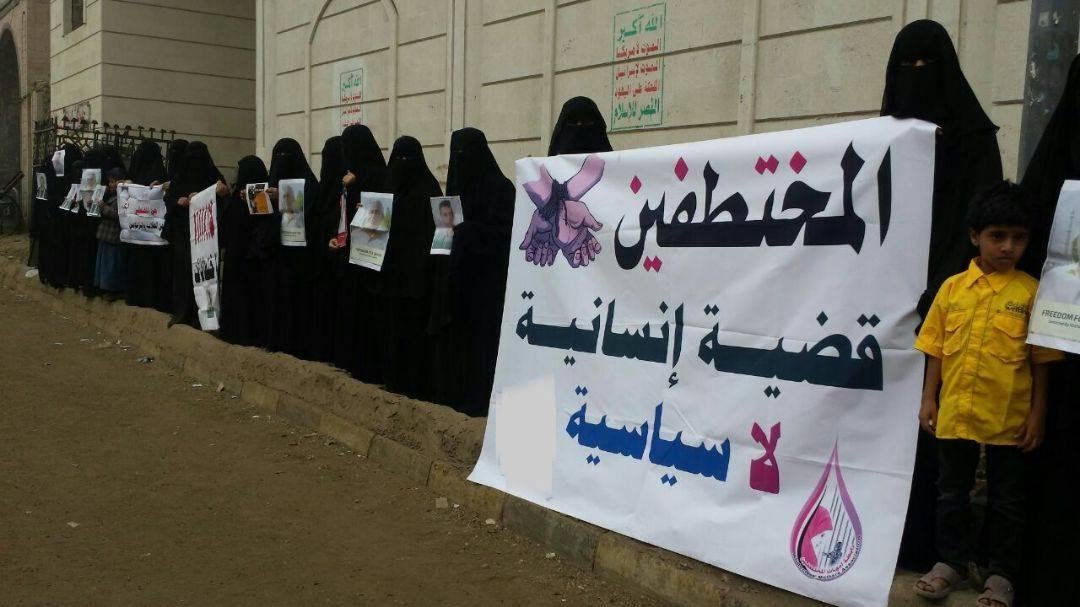 SANAA (Debriefer)--The mothers of abductees association Tuesday urged the warring parties in Yemen to release all detainees and forcibly disappeared persons, immediately and without any conditions, especially the women and the patients.

We have documented the abductions of 725 civilians, including two women in Houthi prisons, and 119 forcibly disappeared persons, it said in a statement coinciding with the fifth meeting on prisoners by the government and the Houthi group in Amman.
It held all parties to the conflict responsible for the safety of all detainees and abductees, calling on the UN and the UN envoy to Yemen to place pressure on the parties to reveal their whereabouts and protect their rights without delay.

In addition, we have documented the cases of 127 detainees suffering from illnesses in Houthi prisons due to denying them medical care, it said, urging to activate the roles of the UN agencies in order to provide psychological support to those who have been released.

The Houthis abducted 541 civilians during their latest military operation in the area of Al-Haymah in Taiz province, it said, urging to punish those responsible for abductions, forced disappearances and torture of detainees.