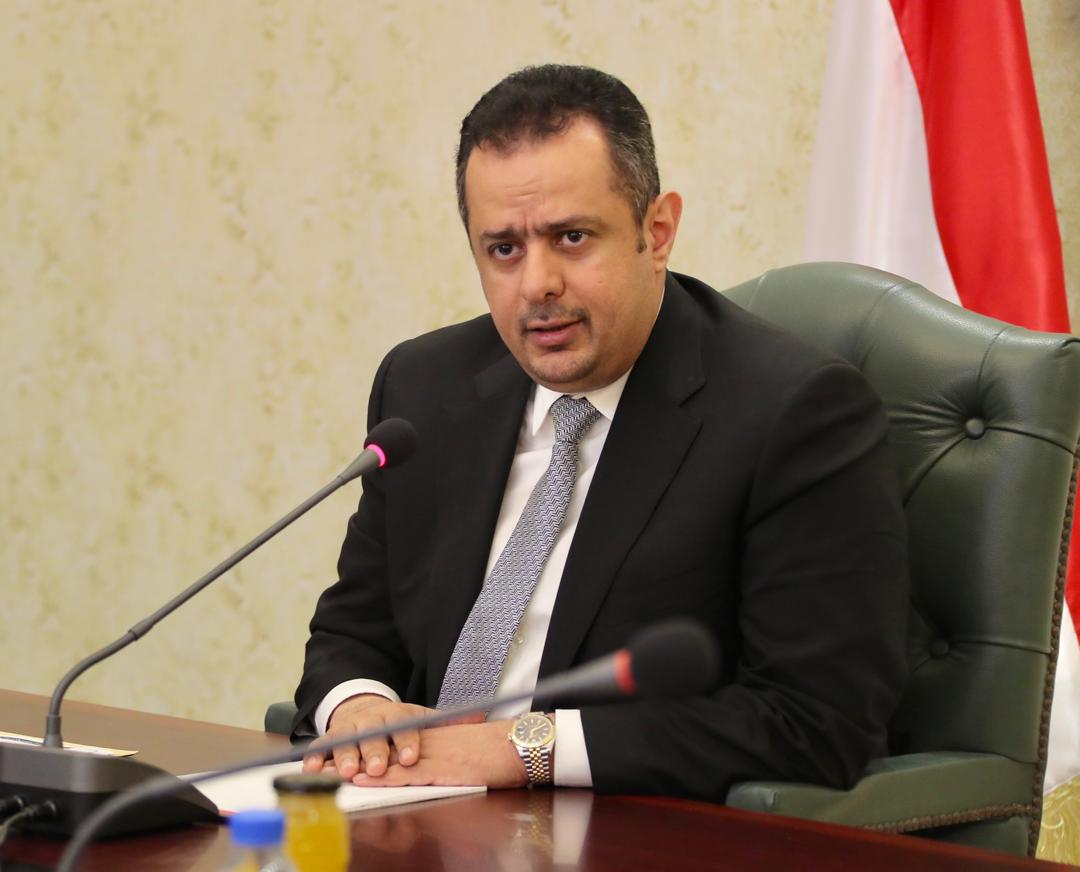 Aden (Debriefer) - The Yemeni official government will focus its general program on obvious priorities, particularly ending the coup, restoring the State and achieving stability and economic recovery, the prime minister said on Wednesday, according to realistic, applicable visions.
The government program will include a set of plans aimed at qualitative achievements directly reflected on the Yemenis' living and basic services, Maeen Abdulmalek added at the cabinet meeting in Aden.
The new government pursues recovery to serve the Yemeni people and meet their expectations, and to have the "room to rapidly handle challenges with more solidarity and unified efforts."
PM Abdulmalek asked his ministers to present programs and plans to cope with economic and security issues and people's livings in order of priority.
Yemen has been racked by a 6-year-old war that pushed the country to the world's worst humanitarian crisis, according to the UN, with most of the population in need for a type of humanitarian aid and immediate protection.