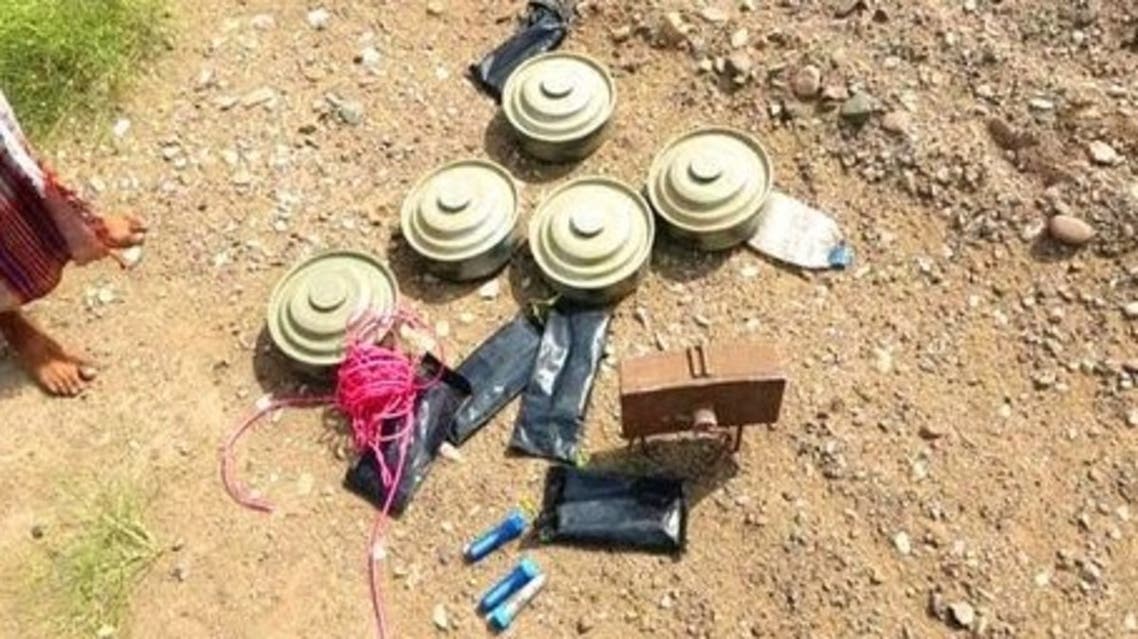 Hodeida (Debriefer) - A group of Houthis were killed or injured on Thursday when a mine web blasted in the Yemeni western governorate of Hodeida, Yemen's pro-government Giant Brigades' media center reported.
The mines were laid by Houthi fighters near their sites in the eastern part of Hodeida port city, before blowing up some of the group's elements, the center added.
Since its launch, the Saudi-funded demining project (MASAM) has removed some 200,000 mines planted by the Houthi group in Yemeni areas, according to the project.
Yemen has seen the largest land mining since the WWII, according to reports issued by local and international organizations.
Mines have claimed thousands of civilian lives and maimed other tens of thousands in Yemen.