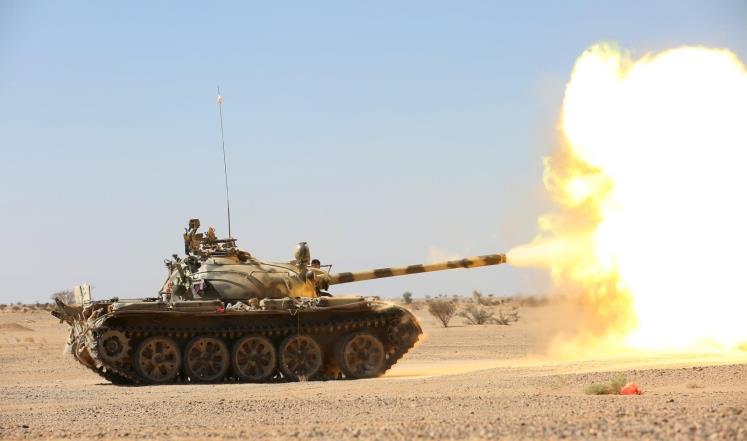 JAWF (Debriefer)--The government forces on Sunday said they launched an assault against Houthi positions in the district Khab Wa Ash Sha'af in Yemen's Jawf province on the border with Saudi Arabia.

Chief of the first battalion in the Majd Brigade Brig. Gen. Murad Al-Ruwaishan said units from the sixth army command launched the assault against the Houthi positions in southwest of the Al-Khanjar military camp, retaking a mountain range near the strategic Sabrain military camp.
A number of Houthi fighters were killed and injured during the assault, he said.

Battles between government and Houthi forces have been raging in the province for months.