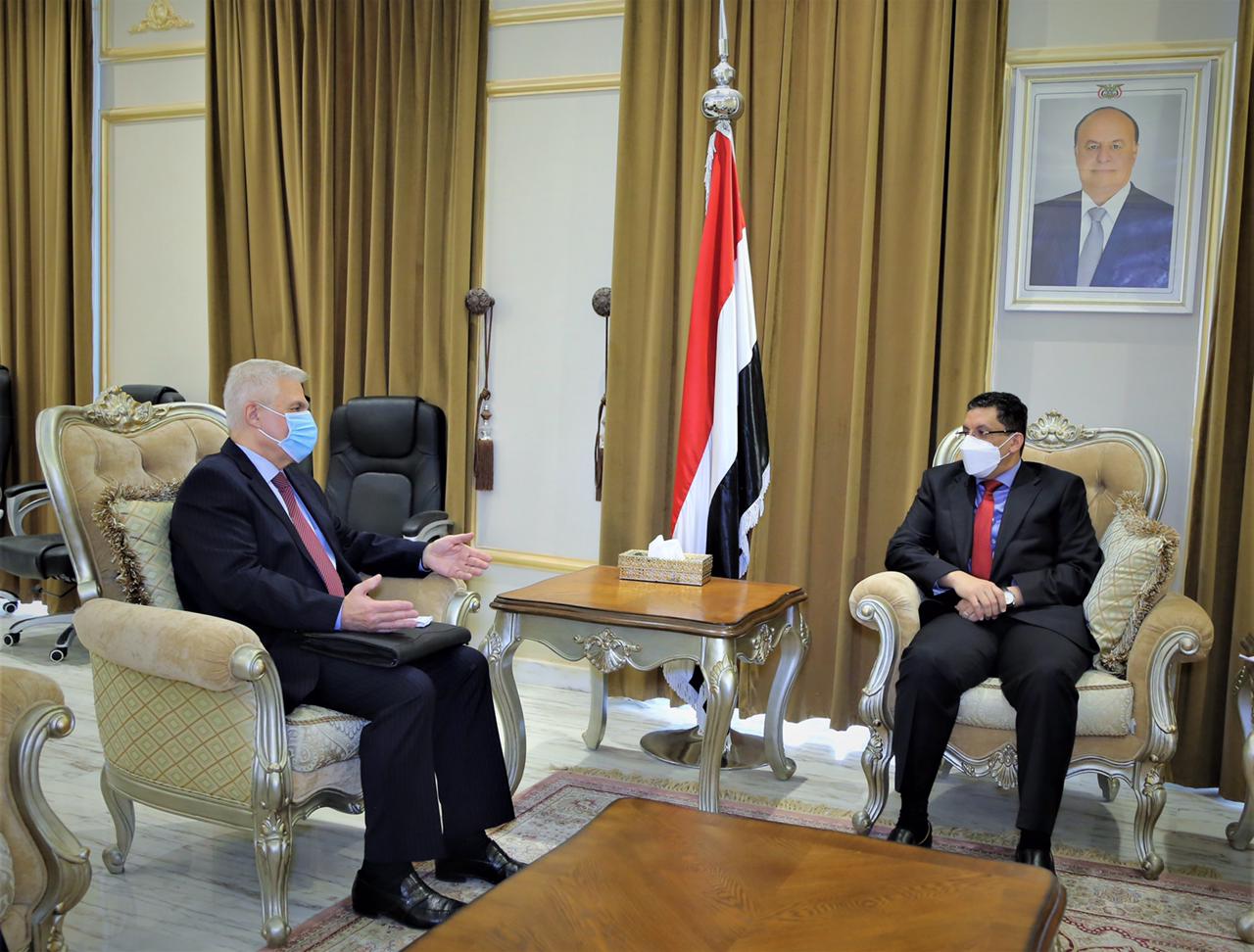 Riyadh (Debriefer) - The Yemeni Foreign Minister on Wednesday called on the UN Security Council to take measures putting an end to the Houthi escalation in the northeastern governorate of Marib, as the Iranian-backed group fires ballistic missiles at residential areas and attacks Saudi lands with drones and missiles.
"What the Houthi militia does is clear message that it's not concerned of peace," FM Ahmed Bin Mubarak told the Russian ambassador to Yemen, Vladimir Dedushkin, at meeting in Riyadh.
This "requires maximum pressures to be exerted on the group to stop its aggressions and positively deal with peace efforts," he added, according to the Riyadh-based Saba.
Yemen's FM accused the Houthis of indifference at international calls for ending the war and making peace in Yemen, and of hindering the efforts aimed at this goal.
He highlighted the need for the UNSC to help end the Houthi escalation and repeated violations, and to force the group into controlling its actions destabilizing the security in Yemen and the region.
"Steps taken to apply the Riyadh Agreement and the government return to Aden were aimed to establish peace and achieve national conciliation," FM Bin Mubarak said.
Marib has continuously been witnessing fierce battles for nearly two weeks between the Yemeni official government troops and Houthi fighters, amid UN warnings against humanitarian complications.