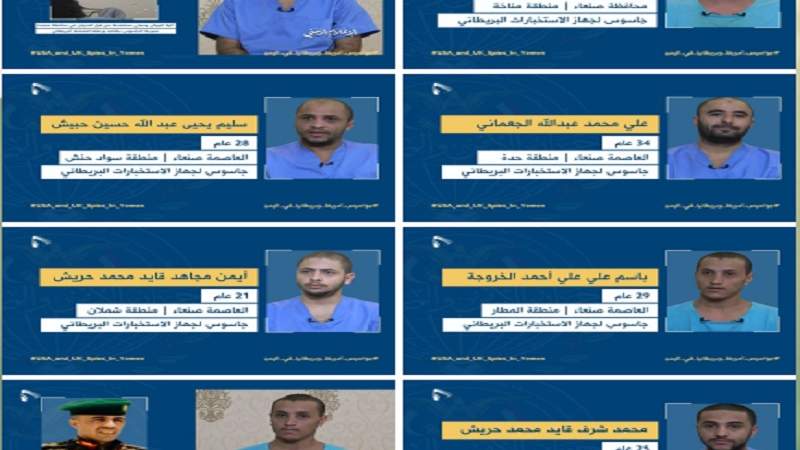 SANAA (Debriefer)--The security and intelligence apparatus of the Ansar Allah group on Tuesday revealed new information about a British-American spy ring it claimed to have recently arrested in Yemen's capital Sanaa.

The members of the ring had been trained by US intelligence officers before they started to work with the British intelligence agency, the Sanaa-based Saba news agency reported.

They met US intelligence officers at Al-Ghaydha Airport in Mahrah province, the report said, adding that they have confessed to sending locations of civilian, military, security and commercial facilities in Yemen to the British intelligence agency in return for a salary of $300 for each.

They joined and were trained by what is known as the Special Assignments Battalion commanded by Fayez Al-Montasir, the report said.

The battalion was formed to recruit people from north Yemen to spy for British and American invaders, it said, adding that the US intelligence has been looking for information about air defence systems, drone bases and army and popular committees positions, mostly in Sanaa and Saada, in order to destroy them.

They had advanced British and US spy systems and devices and were trained well how to use them, it said.

The Houthis say there are US and British spy bases in Yemen under the cover of a Saudi-UAE coalition fighting in the country.

Washington and London have not commented on the Houthi claims.