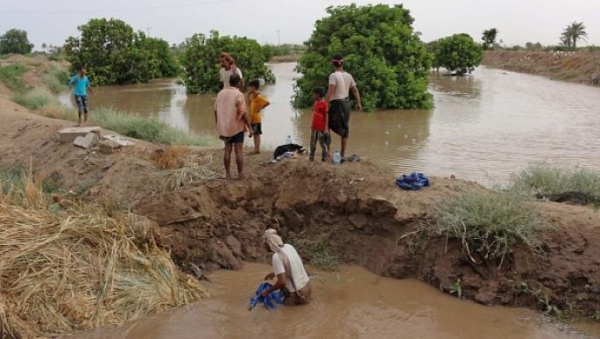 ABYAN (Debriefer)--Seven girls have died in floods triggered by torrential rain in the district of Al-Mahfad east of Yemen's southern province of Abyan, local sources said.

The grils, aged between 8 and 10 years, were swept away by floods while they were gathering woods in the Dhiqah Valley on Thursday, the sources said, pointing out that their bodies were recovered by locals and police.

The floods also closed the highway between Abyan and Shabwah province, they added.

Last week, 9 people, including 4 women and one child, were killed by floods in the provinces of Shabwah and Mahrah.

Rain has been falling in several parts of Yemen for more than a week.

On Monday, the UN said floods were reported in regions hosting internally displaced persons in the provinces of Hudaydah, Sanaa and Jawf.