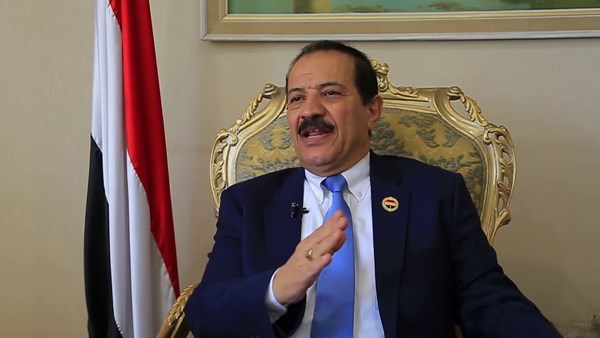 SANAA (Debriefer)--The Minister of Foreign Affairs in the Houthi government Hisham Sharaf on Saturday stressed the importance of addressing the continued embargo on Hodeidah seaport and Sanaa airport which is affecting the largest portion of Yemen's population.

The remark was given at a meeting between Sharaf and the country representative of the WFP Laurent Bukera, according to the Sanaa-based Saba news agency.

The meeting discussed a program for the visit of the Executive Director of the WFP David Beasley to Yemen in the next week of March and arrangements for a donor conference to rally humanitarian support to the country which will be held in Switzerland next Monday.

Besieging Hodeidah seaport has exacerbated the humanitarian catastrophe, he said, pointing out that the international community is aware of damage caused by the embargo.

The continued prevention of fuel ships from entering the seaport will disrupt all services, especially water and sanitation services, and will push fees of food and medicine transport very high, he said.

Bukera said the WFP is continuing to provide support to the most vulnerable people in Yemen despite shortages of funds blamed on unfulfilled donor pledges.

The UN agencies pin hope on the upcoming donor conference to get funds for their programs in the country, Bukera said.