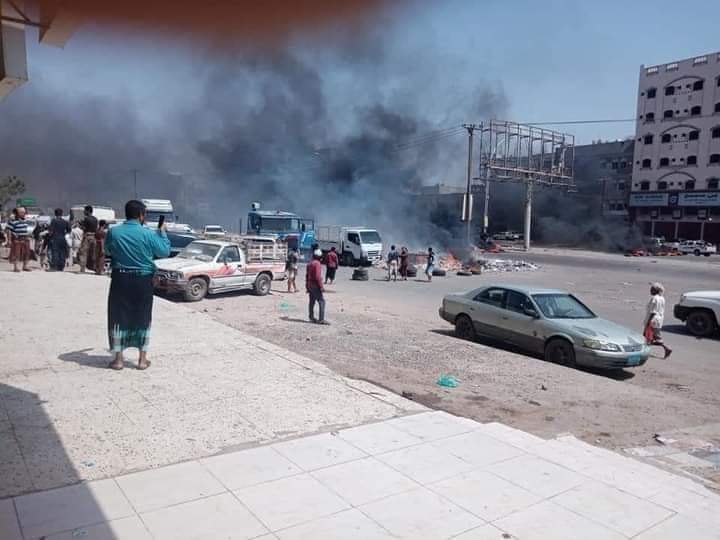 Aden (Debriefer) - The Yemeni interim capital Aden on Sunday saw angry rally and chaos led by servicemen affiliated to the Southern Transitional Council (STC) in protest of unpaid monthly salaries.
Hundreds of demonstrators blocked some of Aden main streets and set fire to used wheels, in a bid to hinder traffic and attract attention to their demands, local sources said.
The protestors threatened to halt movement in the city's seaports and airport and to organize the protest outside the presidential palace, the government's workplace, if their demands are not met.
The rally comes after the ten-day grace given to the official government and the Saudi-led coalition to pay the overdue nine salaries.
No remarks have immediately been released by the government or the Arab coalition on the protests.