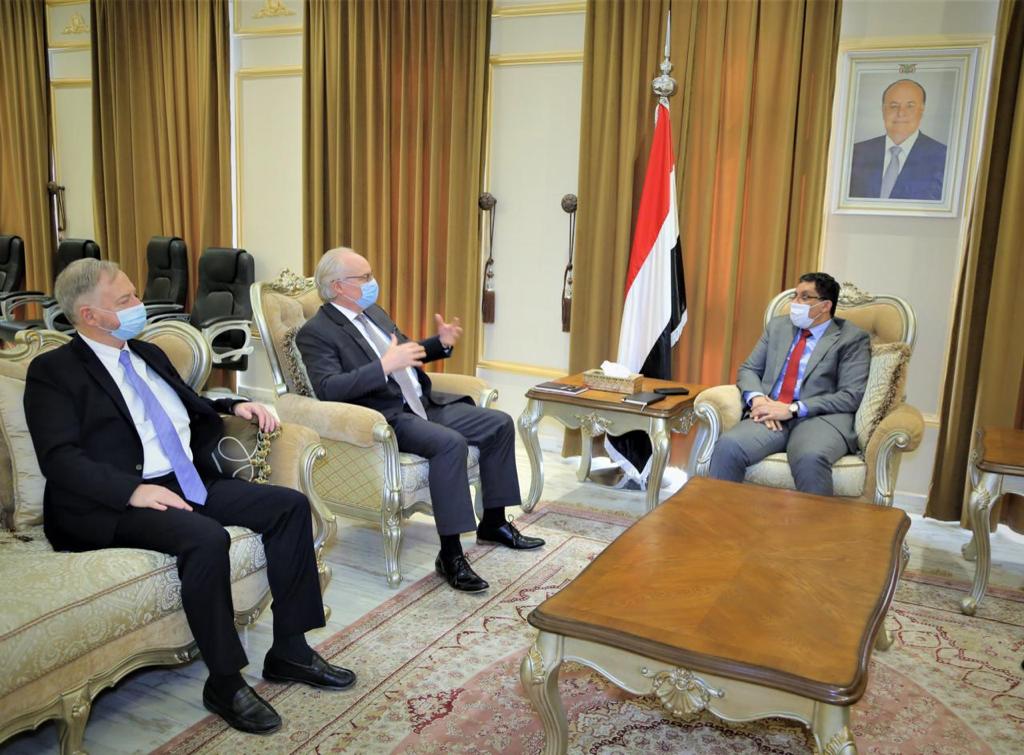 Riyadh (Debriefer) - The Yemeni foreign minister on Friday called on the Houthi group to listen to reason and prioritize the Yemenis' interest over Iran's devastating agenda in the region.
FM Ahmed Bin Mubarak deplored the Houthis' continually targeting the civilians in the northeastern governorate of Marib, ignoring international calls for de-escalation.
"The national army and tribesmen are countering the Houthi aggression with solid resolve, not only in defense of Yemen but also for the sake of the regional security and stability," he said at meeting in Riyadh with the US special envoy for Yemen, Tim Lenderking.
The official government extends hand to peace, once it finds a real partner, FM Bin Mubarak said, according to the Riyadh-based Saba.
The US diplomat reaffirmed his country's position calling on Houthis to halt all their military operations in Marib, and respond to international efforts for political solution to end the 6-year war.
Since last February, the Houthi group has stepped up its military operations aimed at Marib to take control of the oil-rich governorate.