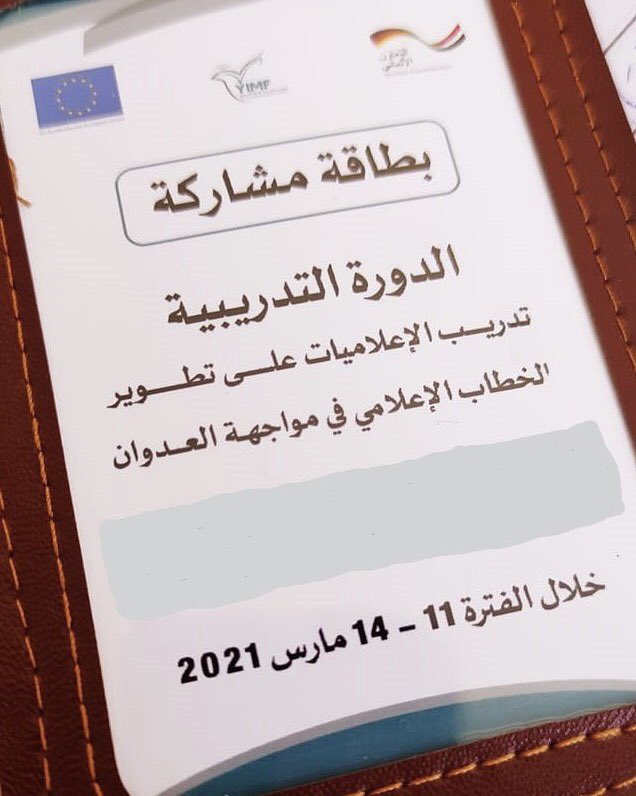 ADEN (Debriefer)--Yemen's internationally recognised government on Thursday called on international aid agencies to reconsider their performances and not to accept dictates of the Houthi group.

Aid agencies working in the country should do their job according to stated objectives and standards, on top of which are the delivery of relief aid to people affected by a war imposed by the group and contribution to peacebuilding, Minister of Information, Culture and Tourism Muammar Al-Eryani said.

He urged the EU mission and GIZ to give clarifications on their financial support to a training program for a group of Houthi female recruits.

The recruits, known as Al-Zaynabiyat, have been trained as journalists, while their job within the Houthi group is to crack down against Yemeni women, he said.

He published a photo of a card of one of the participants in the training which read "training media females in improving the media speech to face aggression".

This is an example of extortion the Iran-backed group is exercising in regions under its control and frivolity of some aid organisations financing Houthi destructive activities instead of directing funds to help vulnerable people, he added.