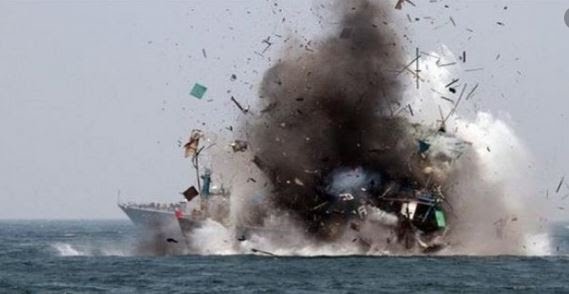 Hodeida (Debriefer) - The Saudi-led coalition said its forces destroyed a Houthi bomb-laden boat on Tuesday, curbing "an imminent attack off Salif seaport" in the Red Sea.
The Arab coalition accused the Houthi group of persistently threatening the global navigation and trade, according to Saudi media.
The Iranian-backed group "uses the Stockholm Agreement as an umbrella to launch hostile and terrorist attacks from Hodeida governorate" west Yemen, the coalition said.
No comment has immediately been issued by the Houthis on the coalition remarks.