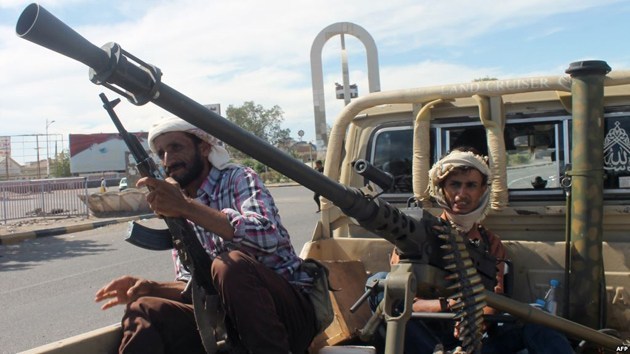 TAIZ (Debriefer)--The government forces on Saturday said they are seeking to break a tight blockade the Houthi group has been imposing on Taiz province in southwest Yemen for six years.

The spokesperson for the Taiz Army Command Col. Abdulbasit Al-Bahr told Aljazeera TV the group is closing all entries to the city of Taiz, preventing the movement of people and goods.

The government forces are seeking to break this blockade, he said, a day after  Houthi leader Hizam Al-Asad appeared on the TV denying that his group is besieging the city.

Battles between the the government and Houthi forces have been raging on several front lines in Taiz for two weeks.

On Saturday, the government forces said they have made huge advances on the Al-Shaqib front line in southeast, retaking several hilltops and positions.

They also said they have retaken the strategic Jashea Mountain in the district of Hayfan.

The two sides also fought in the district of Maqbanah and the area of Madarat in west, with government forces inflicting heavy losses on the Houthis.