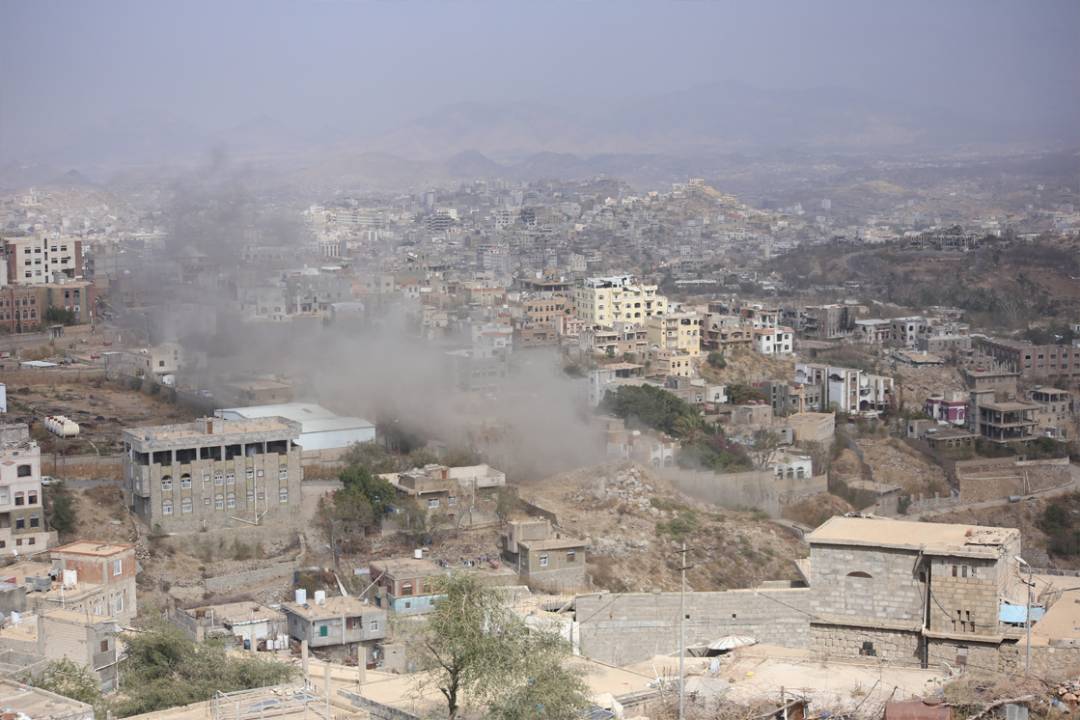 Taiz (Debriefer) - One civilian was killed and 5 others wounded on Sunday in the Yemeni southwestern city of Taiz, which has been the scene for fierce battles pitting the national army and Houthi forces for nearly two weeks.
An artillery shell fell near the gate of the faculty of arts, in the vicinity of Taiz police department, claiming the life of one civilian at once and injuring others, eyewitnesses told Debriefer reporter.
While no immediate statement has been released by official authorities in the city, social media and rights activists blamed the Houthi group for the incident.
On 7 March, the government troops began a massive military campaign aimed to lift blockade imposed by the Houthis on Taiz since 2015.