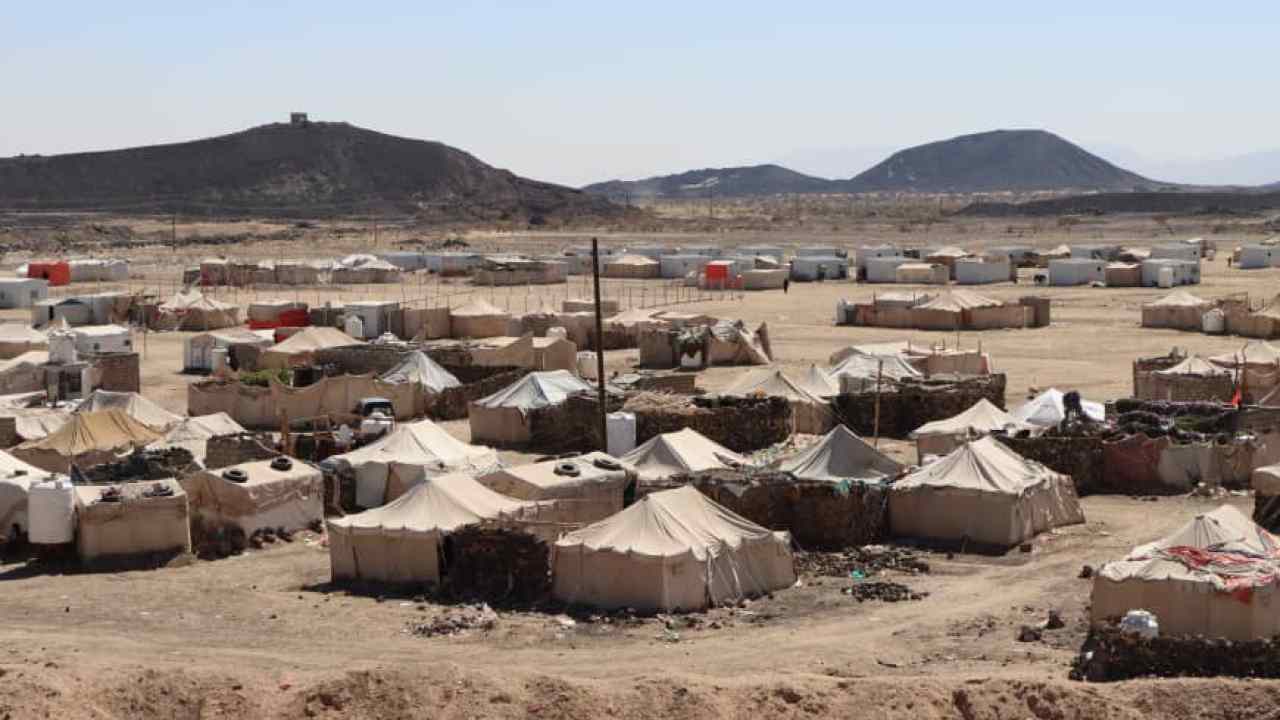 MARIB (Debriefer)--Five women were injured and properties of internally displaced families damaged after the Houthi group attacked refugee camps in Yemen's Marib province on Sunday, the Executive Unit for IDPs said on Tuesday.

The group shelled the camps of Al-Mail, Al-Khair and Tawasul with heavy guns and rockets, coinciding with a visit by the UN resident humanitarian coordinator David Gressly to the province, it said in a statement.

Three of the injured women are in critical condition, and 27 tents have been burned and 18 water tanks destroyed, the statement said, urging the UN to intervene and put an end to Houthi violation international humanitarian law.