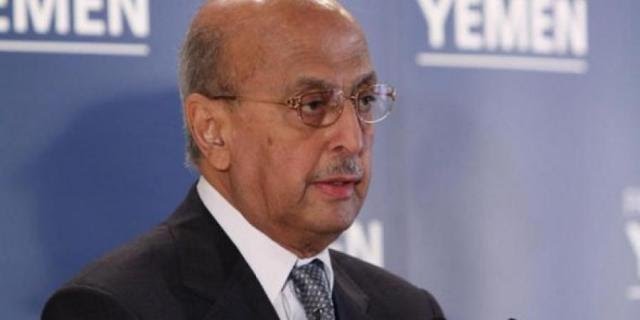 CAIRO (Debriefer)--Former Yemeni Minister of Foreign Affairs Abu Baker Al-Qirbi said on Wednesday the war will not stop in Yemen with an initiative from any of the warring parties.

Any peace initiative should include an integrated plan for a comprehensive political solution which can guarantee Yemen's sovereignty and unity and an end to foreign interference in its affairs, he said.

The success of any peace initiative lies in how it achieves the minimum ambitions of each party, he said.

The remarks were given after Saudi Arabia proposed a plan to end the war in Yemen, which included a nationwide ceasefire, easing blockade on ports in Houthi-run regions and resuming the political process.

Saudi Arabia leads a military coalition which has been fighting the Houthi group in support of the internationally recognised government since March 2015.

Its plan has been welcomed by regional countries and the international community.

The Houthis are expected to announce their official stance on it in the coming 24 hours.