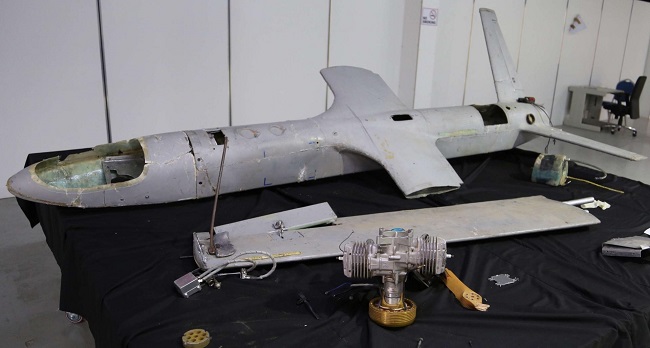 RIYADH (Debriefer)--A Saudi-led coalition fighting in Yemen said on Friday it shot down a drone fired by the Houthi group towards the province of Khamis Musheit in west of Saudi Arabia.

In a statement carried by the Saudi press agency, it accused the Houthi group of continuing attacks on civilians and civilian objects and said it is taking measures to protect civilians from terrorist attacks.

The group said early on Friday that it had launched a massive military operation with 18 drones and 8 ballistic missiles against Saudi Arabia.

The day of national steadfastness operation was carried out against Aramco sites in the Saudi regions of Ras Tanura, Rabigh, Jizan and Yanbu, the King Abdulaziz Air Base in Dammam and military sites in Aseer and Najran, its military spokesperson Brig. Gen. Yahya Sarea said. Samad-3 and Qasef-K2 drones and Dhu Al-Fiqar, Badr and Saeer missiles were used in it, he said, vowing more military operations if the aggression and blockade on Yemen continue.