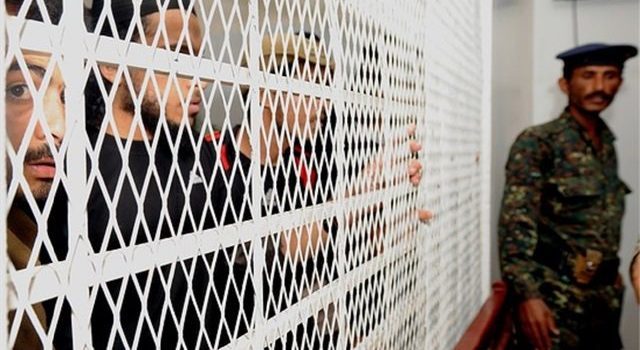 ADEN (Debriefer)--Yemen's internationally recognised government on Wednesday accused the Houthi group of persecuting the Baha'i and Jewish minorities and forcing them to leave the country.

The Iran-backed Houthi violations against Jewes and Baha'is since the group was established until its coup against the government in 2014 reflect its approach, culture and behavior towards minorities, religious freedoms, and the values ​​of coexistence among Yemenis that have prevailed for thousands of years, the Minister of Information, Culture and Tourism Muammar Al-Eryani said.

The Houthi group oppressed the Jewish community in Saada province, forced Jewish families to leave Yemen, and recently deported the last 3 families, he said, adding that Levi Marhaby has been disappeared for 6 years, with reports saying he is now paralyzed and suffering from brain strokes as a result of torture.

He also accused it of abducting tens of Baha'is, looting their properties, holding unfair trials for them and sentencing some of them, including the minority's leader, to death, and later deporting some of them.

It has also shut down Baha'i offices and charities, he said.

The group has not commented on the minister's remarks.