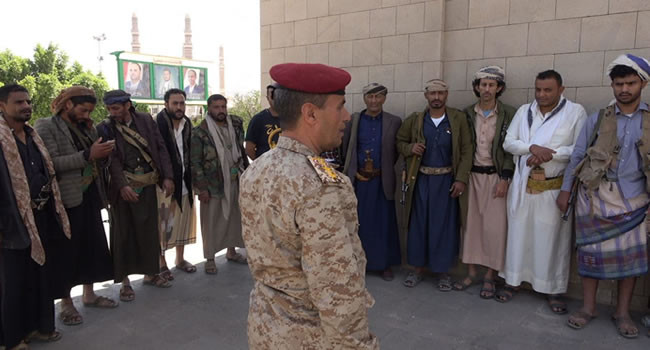 SANAA (Debriefer)--The Ansar Allah group, also known as the Houthis, on Saturday said it received two officers and 12 soldiers who defected from the government forces to Yemen's capital Sanaa. The group has been Sanaa since it ousted the internationally recognised government in late 2014.

They were serving with the government forces on the border with Saudi Arabia and in Marib province and the western coast, the Houthi-run Saba news agency reported.

The two officers were Maj. Abdullah Saleh Shawa'a, and Lt. Abdullah Al-Ashwal, the chief of the second battalion in the first Border Guard Brigade, it said.

In late March, the group said it received 17 troops that defected from the government forces, including senior officers.

It has renewed its call on all troops fighting its forces to benefit from a general pardon issued by the president of its supreme political council and stop fighting alongside a Saudi-led coalition backing the government.