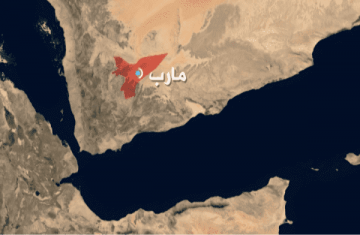 MARIB (Debriefer)--The forces of Yemen's internationally recognised government said they retook the Alam Mountain Range between the areas of Al-Mashjah and Al-Kasarah in Marib province on Sunday after 48 hours of fierce battles with the Houthi fighters.

A Saudi-led coalition supporting the government carried out 20 airstrikes against Houthi positions and reinforcements during the battles, a military source told the Saudi-owned Al-Hadath TV.

Scores of Houthi fighters were killed, injured and captured, the source said.

Fighting has been intensifying for months as the Houthi group is seeking to seize the oil-rich Marib.

The coalition launched 16 airstrikes in the area of Al-Mashjah alone on Saturday, the group said.

On Saturday, the government forces said they thwarted a Houthi infiltration attempt into their positions in west of the province.