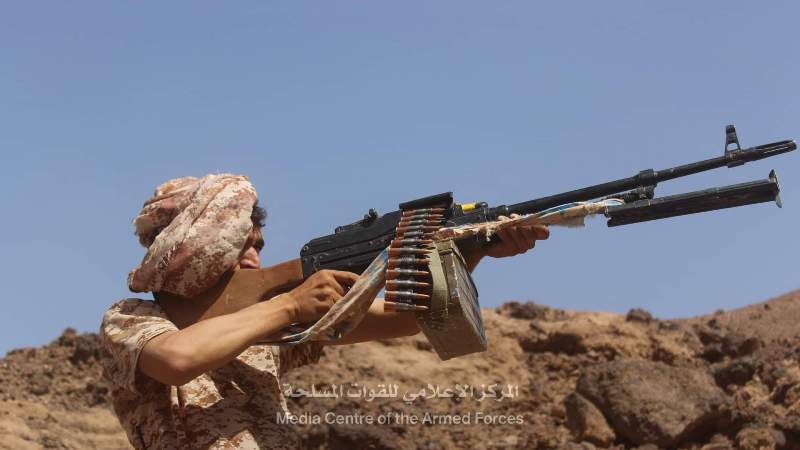 MARIB (Debriefer)--The forces of Yemen's internationally recognised government on Tuesday said they retook positions, including strategic mountain ranges, in the area of Al-Mashjah in the district of Sirwah in Marib province which were seized by the Houthi group two days ago.

Fierce clashes erupted in the area in which dozens of Houthi fighters were killed and their vehicles and equipment destroyed, they said.

A Saudi-led coalition supporting the government struck Houthi reinforcements and prevented them from reaching the areas of Al-Kasarah and Al-Mashjah in Sirwah and Raghwan where the government repelled massive Houthi assaults, they said.

In the area of Al-Makhdarah, they laid an ambush, killing 10 Houthis including a leader.

The Houthis launched in February an offensive to seize the oil-rich Marib which is the main stronghold of the government forces.