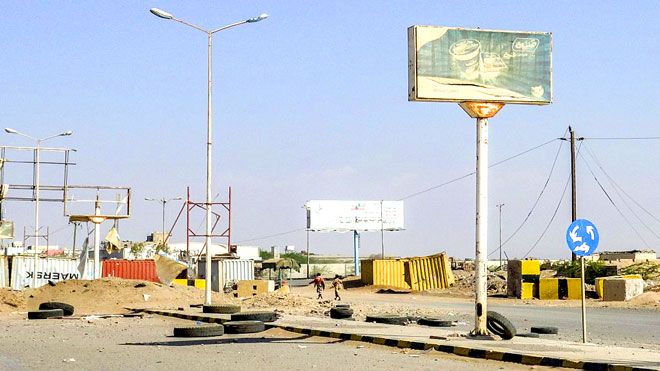 Hodeida (Debriefer) - The Yemeni Joint Forces (JF) carry on breaches in the western governorate of Hodeida, leaving six civilians killed and injured, al-Masyra quoted unnamed military source as saying on Thursday.
The JF committed 107 violations including the erection of new combating fortifications in al-Jabalia, 14 artillery breaches in the form of 256 shells, and 82 breaches with different machineguns, the Houthi-run TV added.
The violations also included sorties of 4 spy drones over Hodeida port city, Kilo-16, al-Jabalia and al-Tohaita, according to the source.
"Three children were killed and two others and a woman were injured in explosion of a bomb left the JF in al-Qais village, Maraweia district."
No immediate comment has been released by the JF on the Houthi charges.
On Wednesday, the Red Sea city of Hodeida saw fierce clashes between the Emirati-aligned JF and Iranian-backed Houthi fighters.
Parties to the 6-year war in Yemen, after 8-day peace talks in Sweden, reached on 13 December 2018 an agreement providing for ceasefire in Hodeida and redeployment of both sides' forces, exchanging prisoners and alleviating blockade imposed by Houthis on Taiz.
But none of this has taken place so far, with both sides trading blames for trying to thwart the deal.