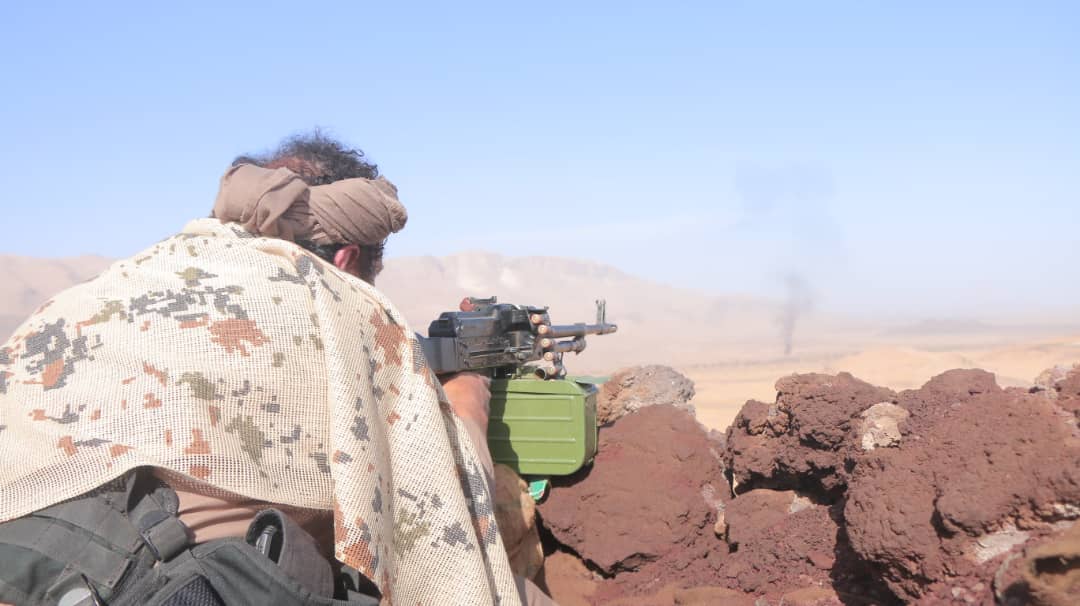 MARIB (Debriefer)--The forces of the internationally recognised government said on Friday they killed and wounded 17 Houthi fighters and seized medium and light weapons in an ambush in the area of Al-Mashjah west of Yemen's Marib province on Friday.

They also launched artillery shelling against Houthi positions in the area of Al-Kasarah, killing and wounding a number of Houthi fighters and destroying an armoured vehicle and other military equipment, the army's information centre said in a statement.

A Saudi-led coalition supporting the government carried out a series of airstrikes against positions and reinforcements of the Houthis in several parts of the province, inflicting heavy losses upon them, it added.

The Houthi TV mouthpiece Almasirah said the coalition launched 20 airstrikes on the western outskirts, 18 in the district of Sirwah alone.