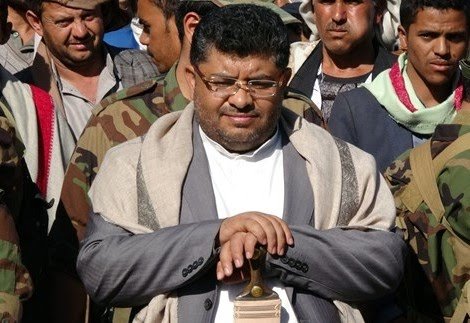 SANAA (Debriefer)--A top leader in the Iran-allied Houthi group on Thursday celebrated what he called a political victory against the Saudi-UAE military coalition which has been involved in Yemen for six years.

The tweet has sparked reactions from Yemeni and Saudi social media activists amid reports about progress on regional and international efforts to end the crisis in Yemen, including Omani mediation.

Pro-Houthi activists said the acceptance to reopen Sanaa and Hudaydah ports represents a victory for the group which has succeeded in imposing its terms since the start of indirect negotiations a year ago.

Other activists said any agreement with the group based on leaked terms is just admission of defeat of the coalition backing the internationally recognised government.

The coalition has been blockading the Houthi-run regions for six years. It has been allowing only UN flights to land at Sanaa airport and basic products to come through Hudaydah seaport.

Yemeni sources said today there are signs it has accepted to lift the blockade and reopen the ports before a ceasefire, thanks to Omani mediation.y

An Omani delegation has been holding talks with Houthi leaders in for Sanaa for days. But a statement on progress on peace efforts will be made by the UN not Oman, according to the sources.