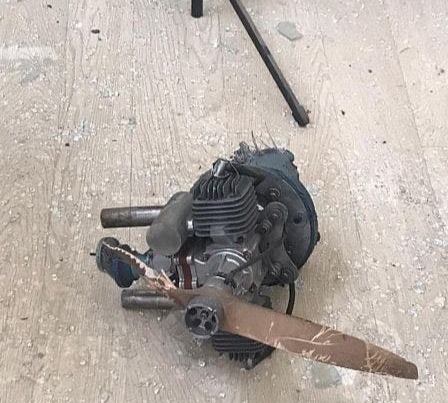 Riyadh (Debriefer) - A Houthi booby-trapped drone has been intercepted en route the Saudi southern city of Khamis Mushait, the Arab coalition said Monday.
The coalition air defenses intercepted and destroyed a bomb-laden drone fired by the Houthi group northward Khamis Mushait, the coalition said in a statement carried by the Saudi Press Agency.
All the Houthi hostile attempts to target civilians and civilian objects are foiled, and operational measures are taken to protect them against attacks, the statement added.
On Sunday, Saudi authorities said a Houthi booby-trapped drone fell onto a school in the southwestern region of Asir, but no casualties were reported.
No remarks have immediately been issued by the Iranian-backed Houthi group in response to the coalition claims.