Government's silence over developments in Yemen reflects its subordination to Saudi Arabia, observers 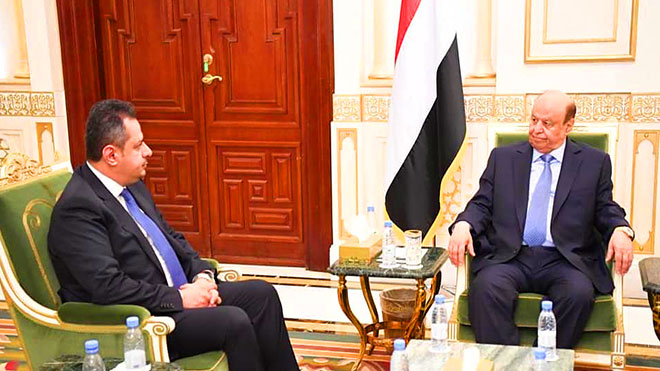 CAIRO (Debriefer)--It seems a solution to the Yemeni crisis is now in sight as sources revealed on Thursday pthat Omani mediators have made a breakthrough during visits to Yemen's Houthi-controlled capital Sanaa and the Saudi capital Riyadh.

Reports say the warring parties are close to agreeing on a ceasefire as a prelude to a comprehensive political settlement.

Nonetheless, the internationally recognised government is still absent and its official stance is unclear.

On Wednesday, a source at the presidency office said the government would make a statement to clarify information about the Oman role in the peace process.

But it has not done that yet. Observers argued that the government's silence is reflecting its confusion and subordination to Saudi Arabia.

Sources familiar with the talks which an Omani delegation held with the Houthis in the last days said Saudis have agreed to Houthi conditions to lift the embargo on Sanaa and Hudaydah ports before reaching a ceasefire.

Meanwhile, Abdulmalik Al-Mekhlafi, an advisor to president Abdrabbuh Mansur Hadi, said that accepting the Houthi conditions to end war is insane because it will only serve the Houthi group's projects of bloodshed and destruction.

It is rather complicity in killing and displacing Yemenis, he said.

Yemen has been devastated by a six-year between the Iran-allied group and the internationally recognised government.

The war started after the group seized power in late 2014 and escalated after the coalition backing the government intervened militarily in early 2015. It has caused what the UN describes as the world's largest humanitarian crisis.