PM rules out return of government to Aden soon 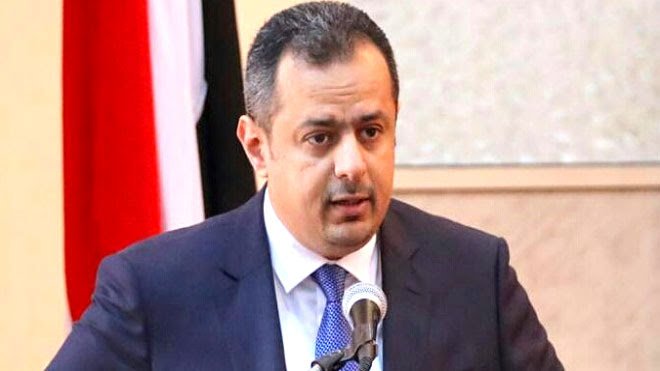 RIYADH (Debriefer)--Yemen's prime minister Maeen Abdulmalik on Friday ruled out that the government would return to the interim capital Aden soon if the southern transitional council continues to control the city.

The return of the government requires arrangements that the Saudi brothers are now working on, he said in a TV interview, without giving details.

The Riyadh agreement guaranteed the participation of all factions in the government and that means all should shoulder responsibilities not divide control of geography or power, he said.

Partnership must not be a justification for taking over public institutions or normalisation of such abuses, he said, stressing that the government should control the state, protect accomplishments and prevent chaos.

It is important that all cooperate to finalise the implementation of the agreement in coming weeks, he said, pointing out that the government will continue to address challenges because its absence or fragmentation will only make things worse.

Aden and other provinces controlled by the internationally recognised are facing huge economic challenges, including the fall of the currency to its lowest level in history. The rial is trading at 1.000 per dollar. They are also facing alarming security problems.

I say to all the political forces honestly and transparently "it is time to remove non-state formations and spaces", he said.

"If the government can't manage the public affairs in all details, there will be no progress on the Riyadh agreement".