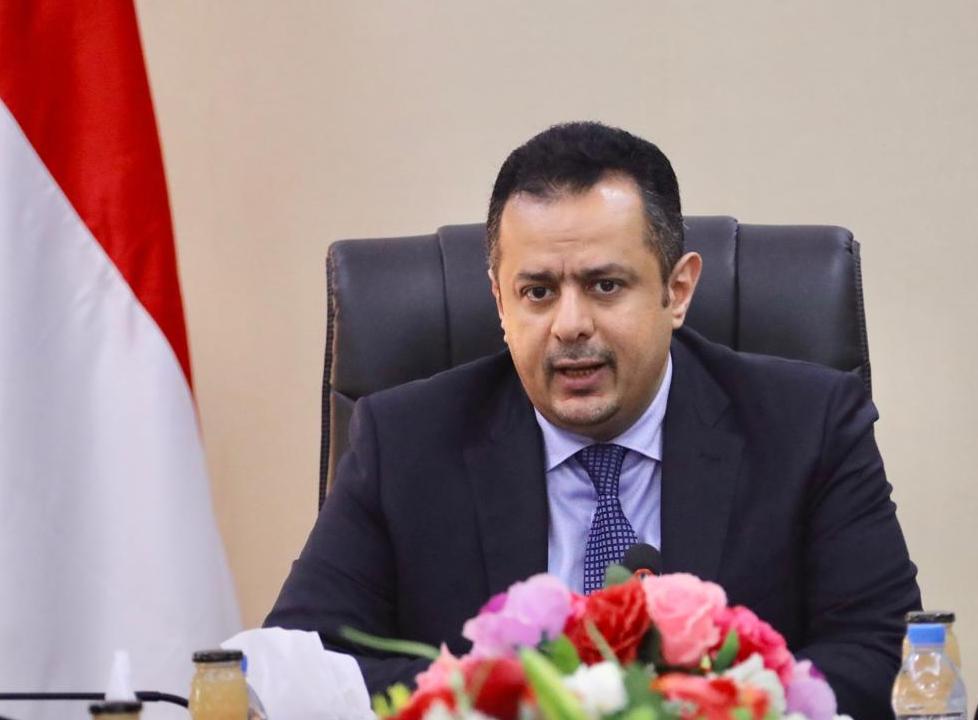 RIYADH (Debriefer)--The conditions for achieving peace in Yemen are not complicated but require more international pressure on the Ansar Allah group, the Houthis, to accept peace options and solutions, Prime Minister Maeen Abdulmalik said on Wednesday.

At a meeting with the US envoy to Yemen Tim Lenderking in the Saudi capital Riyadh, he highlighted the inflexibility of the Houthi group towards UN and international peace efforts, pointing to the government's positive attitude and keenness to restore peace.

We are looking for a stricter international action towards this group, including sanctioning it for its links with terrorist groups and military escalation, he said, according to the state Saba news agency.

"The UN has been negotiating with the Houthis for years for repairing the Safer FSO but it has not made any progress yet," he said, pointing out that the government has offered concessions and accepted all proposed solutions to avert an imminent environmental catastrophe.

The meeting brought up the international position on the Houthi escalation and repeated attacks on civilians and IDPs in Marib province and Saudi Arabia, according to the agency.

In addition, it thrashed out the economic file and the humanitarian crisis, with the two stressing mutual coordination to mobilise support to alleviate the humanitarian suffering and to the government's plans to improve basic services and stabilise the economy.

Abdulmalik said priority should be given to implementing the Riyadh agreement and enabling the government to resume its duties from the interim capital Aden.

From his part, Lenderking reiterated his country's call for ending the Houthi offensive against Marib which is exacerbating the humanitarian situation there and support to the Riyadh agreement and the government's efforts to address economic challenges.