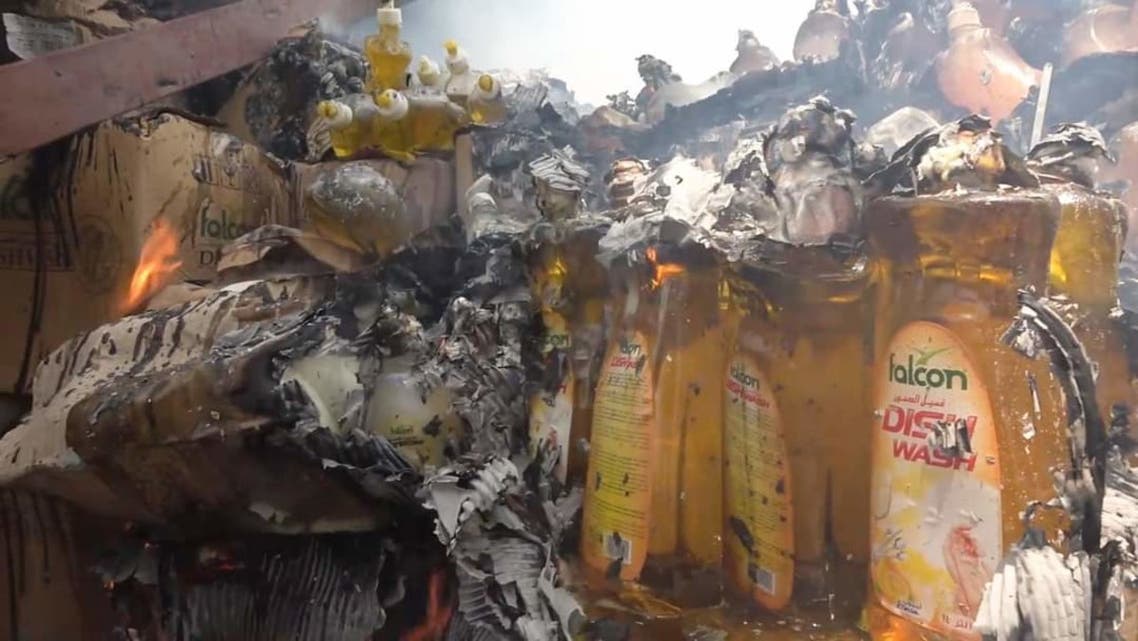 Riyadh (Debriefer) The Houthi attack on Mocha in Taiz governorate caused huge destruction to the western port, the Yemeni foreign ministry said Saturday, dubbing the act as a blatant challenge to efforts aimed to ease the humanitarian crisis and end the 7-year war.
One ballistic missile and five bomb-laden drones were used in the attack that left huge damages to the Red Sea port's operational facilities and food stores, the ministry said in a statement, after local efforts to rehabilitate and reopen the port to receive humanitarian assistances.
While no casualty was reported, some warehouses of relief agencies and goods of local importers were burnt in the attack, according to the statement.
"This attack could not take place on a civil facility unless this rebellious militia avoids punishment for its repeated crimes against the people," it argued.
The statement called on the "international community and UN Security Council to bear their responsibilities and condemn this attack that aims to undermine peace efforts and exacerbate the humanitarian situation."
No immediate remarks have been issued by the Houthi group in response to these accusation.
Earlier on Saturday, spokesman for the Yemeni Joint Forces said the attack left tens of thousands of food baskets burnt before reaching poor families.