Mocha people take to streets in protest against port attack 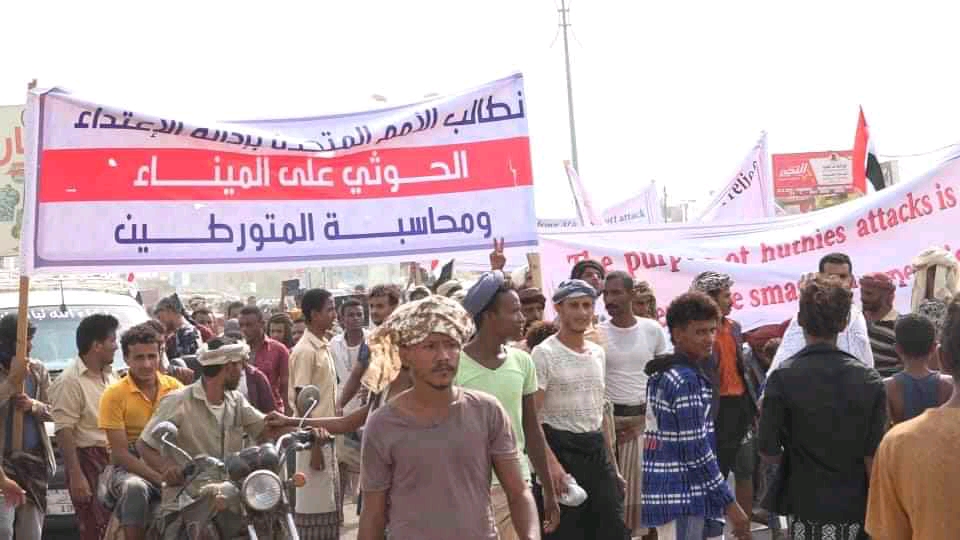 TAIZ (Debriefer)--Hundreds of people took to streets in the town of Mocha west of Yemen's southwestern province of Taiz on Monday to protest against a recent attack on Mocha seaport by the Houthi group.

Days ago, the group fired four ballistic missiles and three explosives-laden drones to the port, causing huge damage to its infrastructure.

The attack occurred as the internationally recognised government was preparing to reopen the port which has been closed for years due to war.

The protesters raised placards demanding that the group be held accountable for attacking a civilian port.

They also chanted slogans condemning the group's allegiance to Iran.

The attack targeted every family and every single person that depend completely on the port, they said in a statement.